Shanghai on Monday reported a confirmed COVID-19 case, Shanghai health authorities announced. The patient is a worker at the Pudong International Airport. A screening of close contacts is underway. 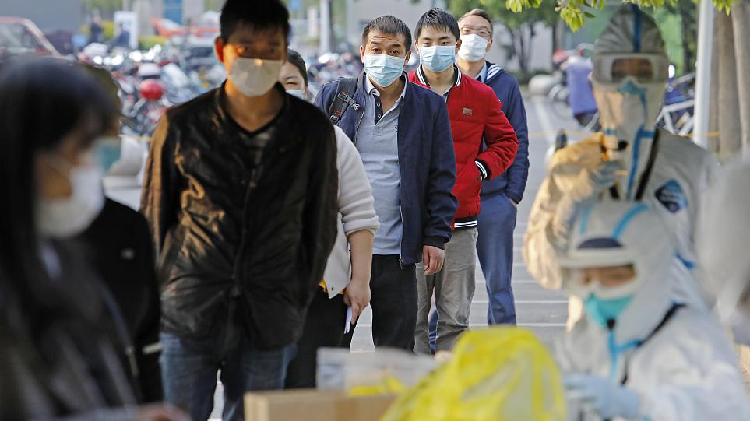 The man, surnamed Wang, 51, went to the People’s Hospital in Pudong for treatment on Sunday after showing fever symptoms. A total of 26 close contacts have been traced.

His place of residence, Yingqian village of Zhuqiao township in Shanghai, has been labeled as a mid-level risk area.

The man had no contact with cold-chain products and no relationship with the ongoing 3rd China International Import Expo (CIIE) held in Shanghai, the authorities said.

Rumors of a suspected COVID-19 case in Shanghai’s Yingqian village began to circulate after a notice from a Shanghai company requiring subordinate units to check whether anyone from the company lives in Yingqian village went viral online.

A man from the Shanghai company, Zhuqiao Agricultural Investment and Development Company, surnamed Zhou, confirmed with the Global Times on Monday that the company did release such a notice and said they are in the process of screening their employees.

The notice also asked staff to go to designated hospitals for treatment if they showed fever or respiratory tract symptoms.

A parent of a student from a middle school in Pudong told the Global Times that she had been informed by the school to register whether their kids are living with people who work at the airport.

Shanghai is adopting closed-loop management and requires a full traceability chain to prevent imported COVID-19 cases. All inbound travellers are required to submit their health condition, take nucleic acid tests and measure their body temperatures upon arrival, and are subject to a 14-day quarantine.

The city is now hosting the 3rd China International Import Expo, which lasts from November 5 to 10.

To guarantee the safety of the CIIE, all participants must undergo nucleic acid testing and inspection to be admitted into the event, and thorough disinfection of key areas such as entry points to the city, accommodation areas and expo venues must be carried out.

China has decided to suspend the entry of non-Chinese nationals from at least 10 countries including Italy, Russia, and India due to the worldwide coronavirus resurgence.