Shanghai's overall environment has been improving since 2000 thanks to the city's constant efforts to promote environmental infrastructure construction and pollution control, the municipal government officials said during a recent brief to a visiting delegation formed by 14 national departments, including the National People's Congress Environmental Supervision and Administration Commission and Publicity Department of the Communist Party of China. 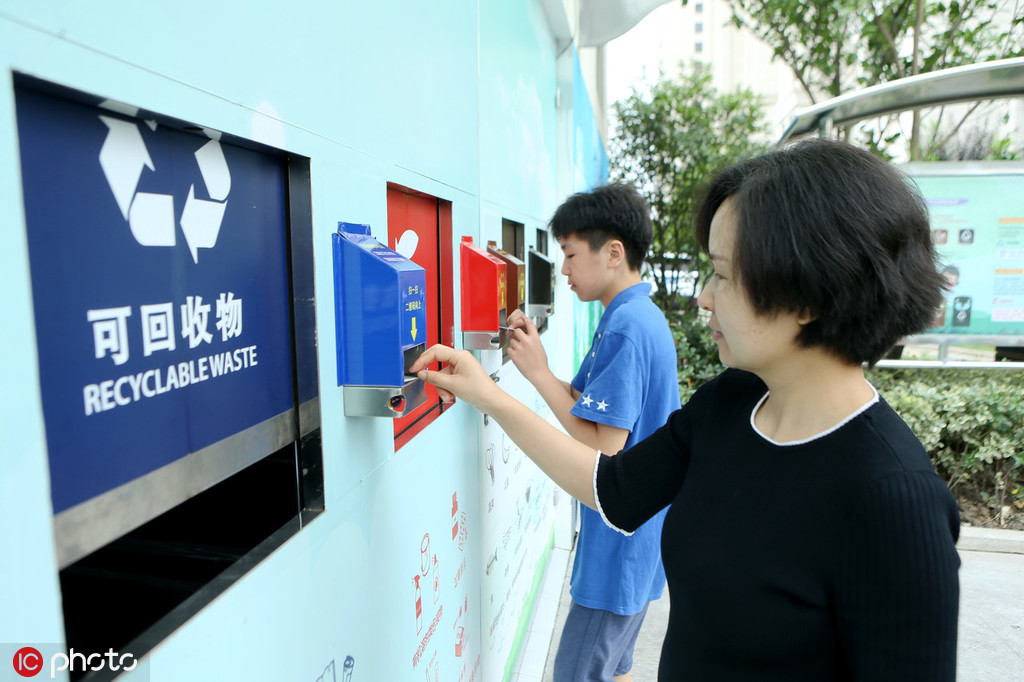 Local residents use QR code cards to open different bins for their garbage at a waste collection point in Shanghai, June 19, 2019. (Photo: IC)

The municipality in eastern China has earmarked 3 percent of the city's annual gross national product since 2000 to promote environmental infrastructure construction and pollution control, the municipal government said at the news conference on Oct 28.

According to the Shanghai Municipal Bureau of Ecology and Environment, the control rate of the Shanghai water environment functional area was 84 percent from Jan to Sept 2019, up 12.4 percent year-on-year. The excellent rate of Shanghai's ambient air quality index (AQI) was 84.3 percent by Oct 13, a 0.7 percent increase compared with last year. The average concentration of PM2.5 was as the best level since 2013.

The Shanghai Water Authority said the city has set up a team of 7,787 river chiefs to supervise the city's more than 48,000 rivers and lakes. More than 4,000 dirty and smelly rivers have been cleaned up and 1,241 others have been redirected to improve natural flow in the past three years. Moreover, about 17.5 million square meters of illegal construction along the river were demolished and 345.5 kilometers of river conservancy projects were completed.

The domestic waste classification in Shanghai has improved steadily since 2018, while the city began to promote garbage classification, according to the Shanghai Landscaping and City Appearance Administrative Bureau.

The city also completed the transformation of 21,000 waste sorting stations and more than 40,000 road waste bin signs have been renewed. The system of classified collection and transportation is established, according to the Shanghai Landscaping and City Appearance Administrative Bureau.