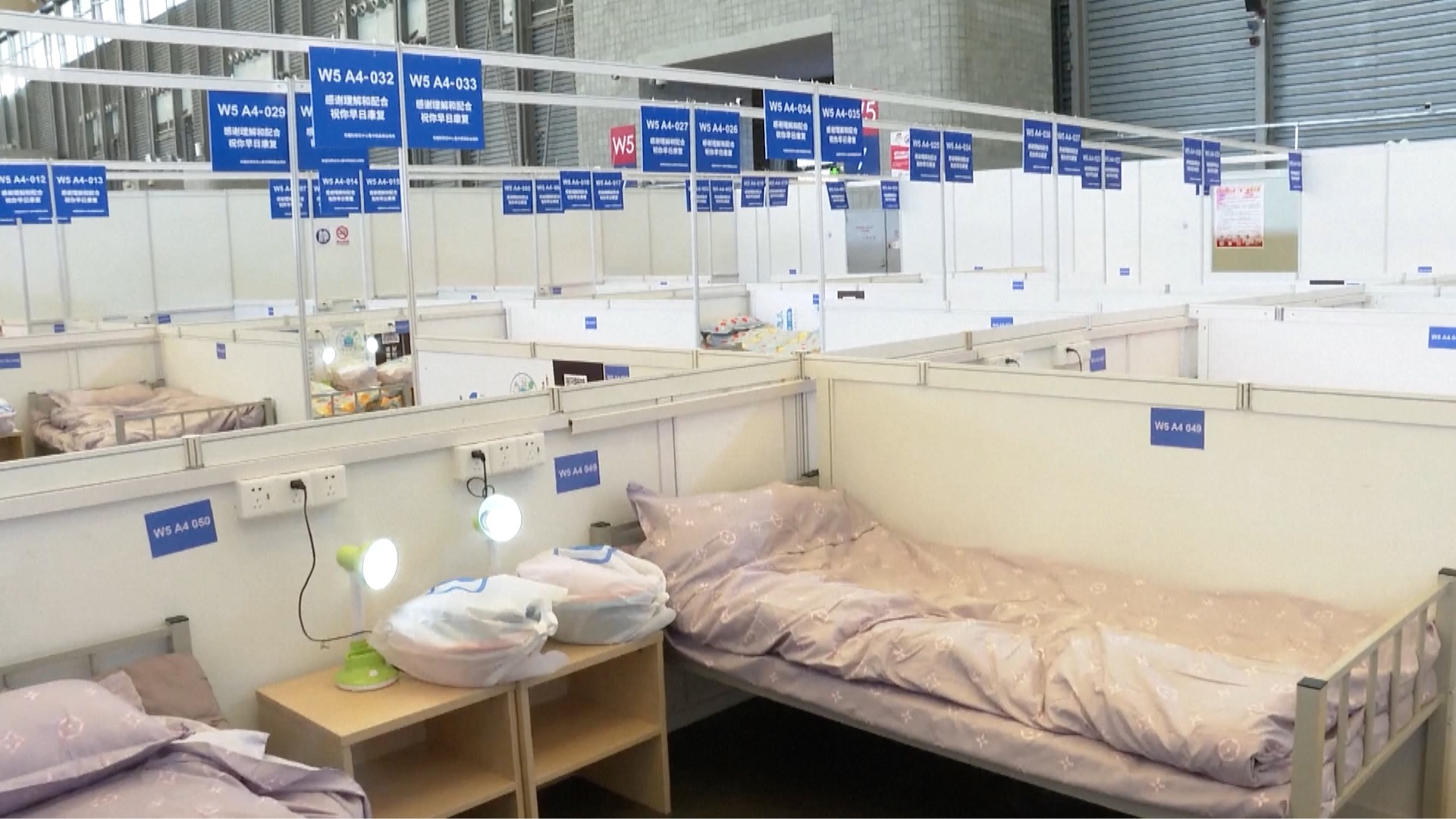 SHANGHAI, April 5 (Xinhua) -- Approximately 47,700 beds have been set up in a number of newly built temporary hospitals in Shanghai, with another 30,000 being readied, as the city is sparing no effort to contain its latest resurgence of COVID-19.

Shanghai reported 13,354 new locally transmitted COVID-19 confirmed and asymptomatic cases on Monday, bringing the city's total number of local cases to over 73,000 in the latest resurgence, which began in March.

All wards in the city's largest temporary hospital in the Shanghai New International Expo Center have entered use, and they can accommodate nearly 15,000 people infected with COVID-19, according to the municipal government.

A total of 2,218 medical staffers from 11 medical teams, including one from the Shanghai Children's Medical Center, have been stationed at the hospital. The city's first parent-child quarantine area has also become operational since Monday evening, as the hospital admitted approximately 4,000 patients on that day.