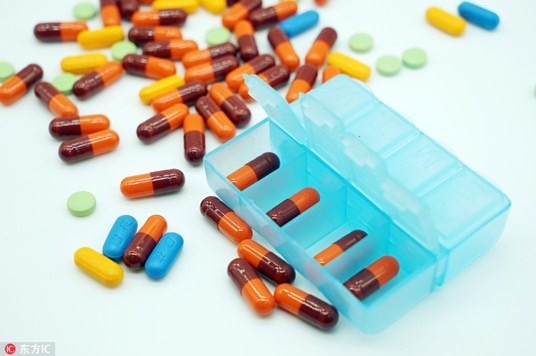 Scientists in Shanghai have discovered a smart protein secreted by Mycobacterium tuberculosis (MTB), which is responsible for the development of tuberculosis, an infectious disease that has been back on the rise globally partly due to a stagnation in medical research for its cure.

The discovery, published on the website of the UK-based journal Nature on Thursday, was led by a research team headed by Ge Baoxue, a professor from the School of Medicine at Tongji University, and Rao Zihe, an academician from Shanghai Tech University.

After nearly a decade of research, the team found that the protein secreted by MTB can mislead the signal of the human body to attack its own immune system and eventually lead to the development of TB.

The discovery not only offers a new perspective for understanding the infection of the disease, but also paves the way for the accurate development of targeted drugs as it provides a more precise target for follow-up drug development, said Ai Kaixing, head of the Shanghai Pulmonary Hospital affiliated to Tongji University.

TB is an infectious disease usually caused by MTB bacteria.

Traditionally, its treatment requires the use of multiple antibiotics over a long period of time, but antibiotic resistance is a growing problem with increasing rates of drug-resistant TB.

According to Ge, contrary to the general notion that TB has been eliminated, the disease is alive and thriving due to a lack of new drugs to cure it.

"Our research discovered that TB infection has been on the rise worldwide over the past few years," Ge said. "The World Health Organization reported the number of newly diagnosed patients amounted to 10.4 million in 2018, and 1.4 million people died of the disease that year."

In China alone, 550 million people are infected, including 5 million active infections, according to Ge.

"The widely applied TB drugs are seeing a rise in multi-drug resistances, making the treatment of the disease increasingly difficult," Ge said.