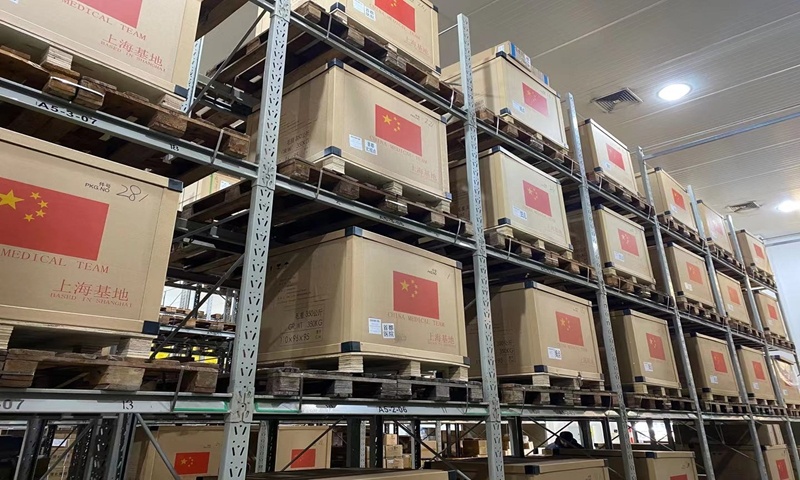 To combat the COVID-19 pandemic that continues to rage on across the world, Shanghai health authority has provided emergency medical supplies for epidemic prevention and control purposes to 58 Chinese foreign aid medical teams in overseas countries and regions as of January 29.

As China's only base to undertake the task, Shanghai Municipal Health Commission's foreign aid depot worked all-year-round to complete all their tasks assigned by the nation and other provinces, including procurement, quality inspection, distribution and shipment of the protective supplies and epidemic prevention equipment.

It's worth noting that it only took seven days for the depot to finish the customs clearance and delivery of cargo to the first batch of countries — which included Senegal, Angola and Madagascar — when they received the notice last February.

Indeed, it only took three days for a batch of epidemic prevention materials and medicines to finish their customs clearance procedure upon arrival in Niger after they exited Shanghai customs last December, accomplishing "mission impossible."

Upon the equipment's delivery, equipment suppliers also taught local doctors how to use and operate it through online training despite time differences.

The Shanghai base has received letters of thanks from medical teams across the world and has been honored as the nation's "59th foreign aid medical team."