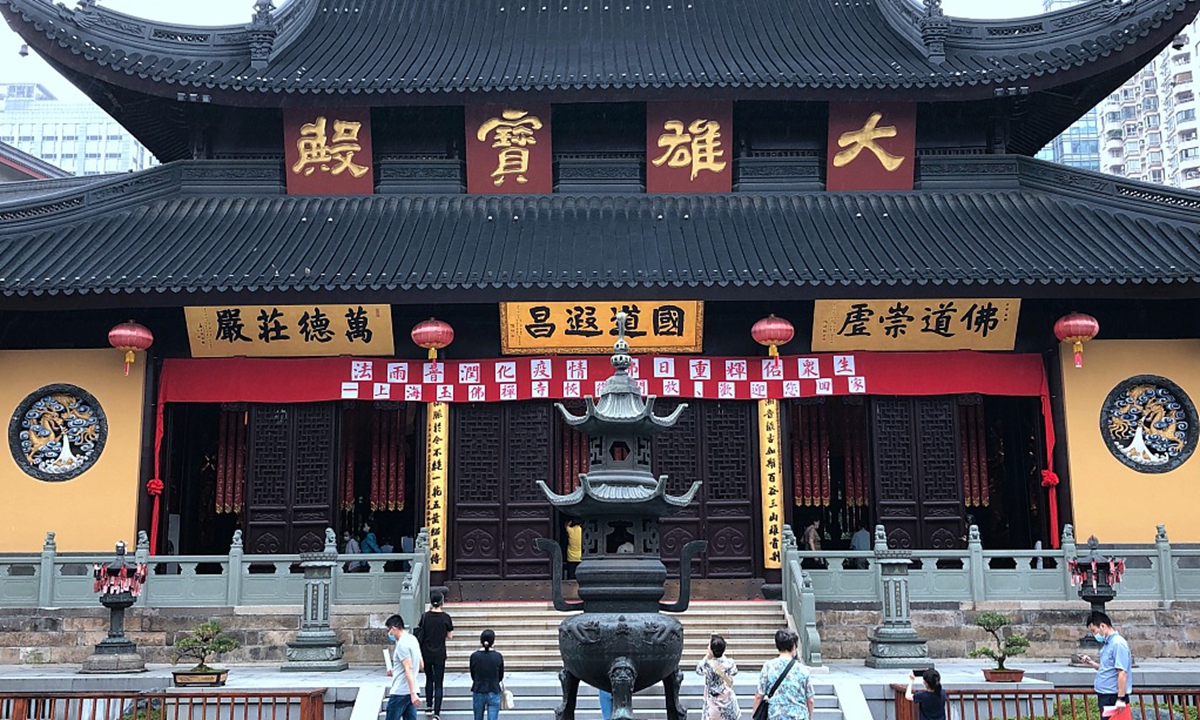 The Shanghai Yufo Temple clarified that the 100,000 yuan ($15,430) they gave to Eleme, one of China's major takeaway delivery platforms were for financial support rather than investment amid a heated discussion on Chinese social media platforms. This is the latest case on the controversial issue of commercialization of temples in China.

The Yufo Temple, a Buddhist monastery in downtown Shanghai, has been around for 130 years.

Doubts arose after a Shanghai-based tourism blogger named He He released a post on China's Twitter-like Sina Weibo on Monday, claiming he had learned that a famous temple in Shanghai is preparing a project to help followers who donated money to the temple and are now facing difficult times.

According to the post, the temple would return all the money from the donors if they are having financial difficulties.

He did not mention the name of the temple in the post.

According to media reports, a Shanghai-based investor named Zhu Xiaohu reposted He's Weibo post in WeChat saying that the "Shanghai temple is really reliable. The local Yufo Temple invested in eleme.com as early as 10 years ago."

He and Zhu's posts soon triggered a debate on Chinese social media with some netizens saying the temple's move shows sympathy with followers of Buddhism. But on the other hand, some question whether it is proper for temples to engage in financial investments that could lead to corruption.

Some netizens also said that they did not believe a temple would really conduct such a generous act as many temples in China have been commercialized.

Amid the controversy, an employee of the Yufo Temple told local media, Shanghai Observer, that the temple established a foundation with the Shanghai government in 2009 to support college graduates who wanted to start their own business.

Eleme.com is one of the projects that received financial support from the foundation in 2009, and as of 2020, the charity had supported more than 200 startup projects, according to the employee.

It is support, not investment, and the Yufo Temple never got any shares of eleme.com nor received any dividends, the employee noted.

A doctoral student surnamed Yang majoring in Buddhism Study at the Renmin University of China told the Global Times on Thursday that many Chinese temples have established foundations. Most of them are non-profit organizations focusing on culture and education fields.

Buddhism has had a strong influence in China since the Eastern Han Dynasty (AD25-220). For the past 2,000 years, Chinese Buddhist temples have been able to ensure their general sustenance, partly through accepting food and donations, and they have also helped poor households in the country by offering food and medicine.

The temples are places of worship and should not be operated purely as tourist sites. It is also unreasonable to charge a ticket fee for people who wish to come to worship and burn incense, said netizens.