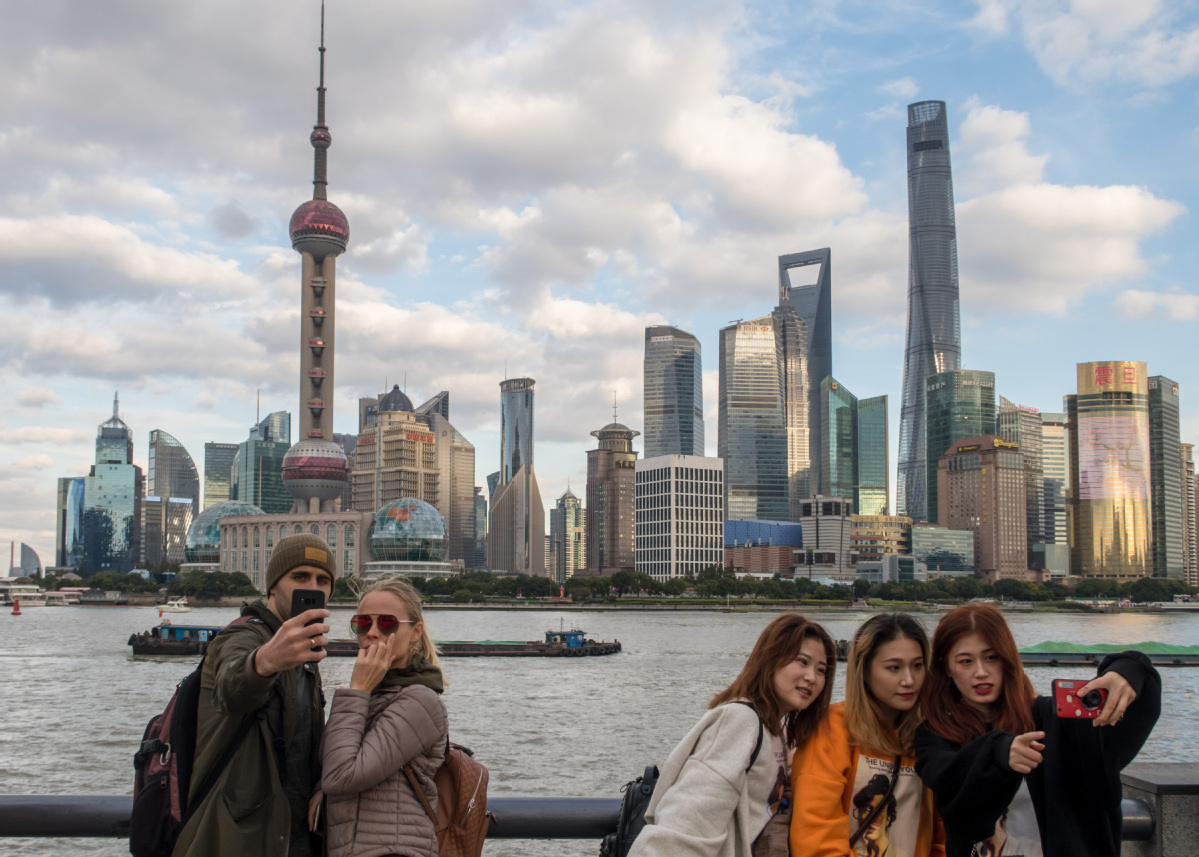 Tourists pose for photographs on the Bund, a major scenic spot on the Huangpu River, in Shanghai. (Photo: China Daily)

According to Zong Ming, vice-mayor of Shanghai, the first is to create a high-quality health service system. The second is for Shanghai to become a health technology innovation center with global influence and a global health city. The third is for Shanghai to have the best public health system in the world.

In 2020, the main health indicators for Shanghai residents was at the same level as developed countries and regions, while the average life expectancy of registered permanent residents reached 83.67 years. The infant mortality rate and the maternal death rate in Shanghai are presently at 2.66 per 1,000 and 3.66 per 100,000 respectively.

According to the plan, the health literacy level in the city would reach over 36 percent by 2025, while the early diagnosis of common malignant tumors would hit 37 percent. During the 14th Five-Year Plan period, the city will also make use of big data and artificial intelligence to boost the development of medical science and technology, said Zhu Qigao, deputy director of Science and Technology Commission of Shanghai Municipality.