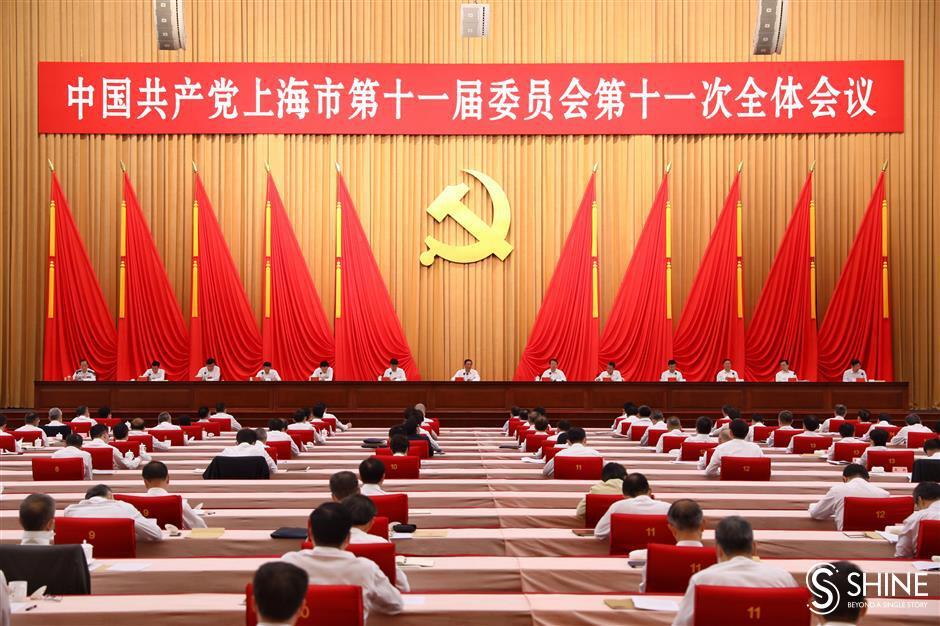 A guideline released at meeting of the Shanghai Committee of the Communist Party of China aims to "deeply plant urban spirits, promote urban qualities as well as enhance urban soft power."

Shanghai is to enhance its urban soft power to match its ambition to become a socialistic metropolis with global influence by 2035, according to the Shanghai Committee of the Communist Party of China.

By promoting its urban spirit and quality, the city aims to boost the drive and vitality for growth, while improving urban core competence and global influence.

It will play a key role to better showcase Chinese ideas, spirit and development path to the world, the committee said at a meeting on Tuesday.

President Xi Jinping has described the city's urban spirits as "tolerance, excellence, open and wise as well as magnificence and modesty." He noted "open, innovation and tolerance" had become Shanghai's most outstanding qualities at the first China International Import Expo in 2018.

"Such qualities are the vivid demonstration of China's development and progress in the new era," Xi said.

Shanghai has ranked among the top global cities in terms of economic aggregate, but still has a great potential to progress in soft power, the committee said.

It released a guideline on Monday to "deeply plant the urban spirits, promote urban qualities as well as enhance urban soft power."

Li Qiang, Shanghai's Party secretary, told the meeting: "We need to inherit the precious spiritual wealth, enhance the comprehensive strength of the city driven by its soft power as well as take part in global cooperation and competence on behalf of the country."

Shanghai will form a dynamic vision with the blends of rules and vitality, international ambiance and oriental flavor, individual and group achievements, history and future as well as competition and mutual assistance, said Li.

"It will become a popular land for entrepreneurs and paradise for a happy life," he added.

According to the committee, the city will build a unique cultural atmosphere as it aims to become a cultural highland with global influence. More original cultural products will be developed, while the city's historical cultures will be protected.

The world's top cultural companies, institutes and professionals will be attracted to the city, according to the guideline, with construction of a global film production center and key artwork trade center accelerated.

It said the city will become Asia's performance capital and a global eSports capital as well as an industrial highland of Internet culture and innovative designs.

The city will also create the best living experience, it said, with a comfortable environment developed for living, working, studying and travelling.

To improve the city's image, additional city landmarks, skylines, icons and slogans will be designed. International communication will be further enhanced to tell stories of the construction of a "people-oriented city," core urban functions and urban governance.

"The heritage sites of the Communist Party of China should play a key role to highlight the city's spirits and quality," Gao Yun, Party secretary of Huangpu District said on the sidelines of the meeting.

Xu Huili, director of the city's urban operation management center, said the city's unified e-governance platform – Government Online-Offline Shanghai – had been improved to focus not only on efficiency but also warmth and thoughtfulness.