CHINA Shanghai to reopen kindergartens, primary and middle schools on Sep 1, with parents torn between joys and worries

Shanghai to reopen kindergartens, primary and middle schools on Sep 1, with parents torn between joys and worries 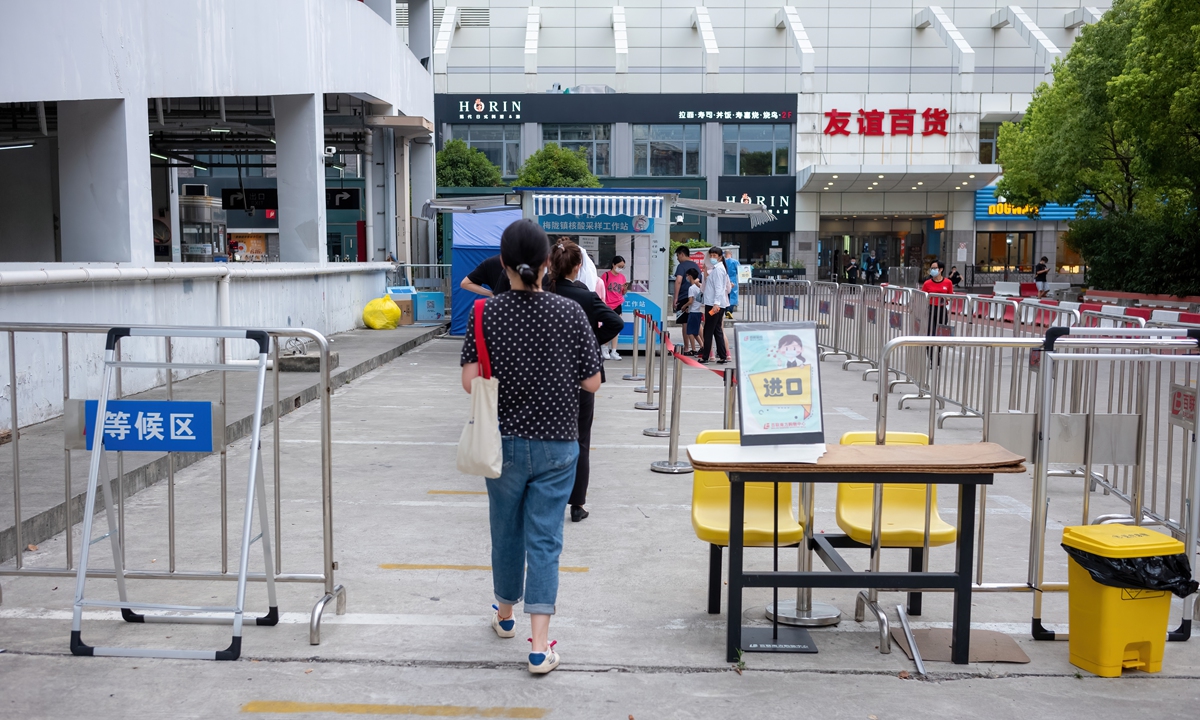 Shanghai announced on Sunday the reopening of local primary and middle schools as well as kindergartens from September 1, after months of closure due to the hardest-ever COVID-19 flare-up that hit the city in March, while the reoccurring sporadic infections and continuing nucleic acid testing requirements clouded some local parents' joy.

The commission also called for teachers and students to carry out 14-day self health monitoring and two nucleic acid tests within three days ahead of the reopening, the commission said.

The announcement was immediately applauded by local parents, with many saying that they have been waiting for this day for too long.

"I am so happy that my daughter can study in a classroom again, since she will be a junior high school grade two student next semester, which is particularly critical to her academic life," a local mother surnamed Xu told the Global Times on Sunday.

Another mother surnamed Lu told the Global Times that the teacher of her son, who will be entering senior high school grade two next semester, told her that his academic performance had apparently deteriorated last semester due to the poor effect of online lessons, which was why the announcement of schools reopening brought great relief to her.

Shanghai allowed graduating students and higher grades in senior and junior high schools to return to classrooms in June after the lockdown was lifted on June 1, but most of the remaining students continued home study until the end of last semester.

However, the latest new flare-up that started from a local footbath parlor cast a shadow on local parents' joy, with fears over COVID lockdowns persisting.

A total of 16 infections have been identified related to the flare-up originating from the footbath parlor as of Saturday, with 4,893 related people being placed under control, the local health authority announced on Sunday afternoon.

In addition, the city also reported a new asymptomatic infection on Sunday from a 6-year-old boy, who returned from a trip to Lhasa city in Southwest China's Xizang (Tibet) Autonomous Region, with a total of 509 close contacts being placed under quarantine as of Sunday.