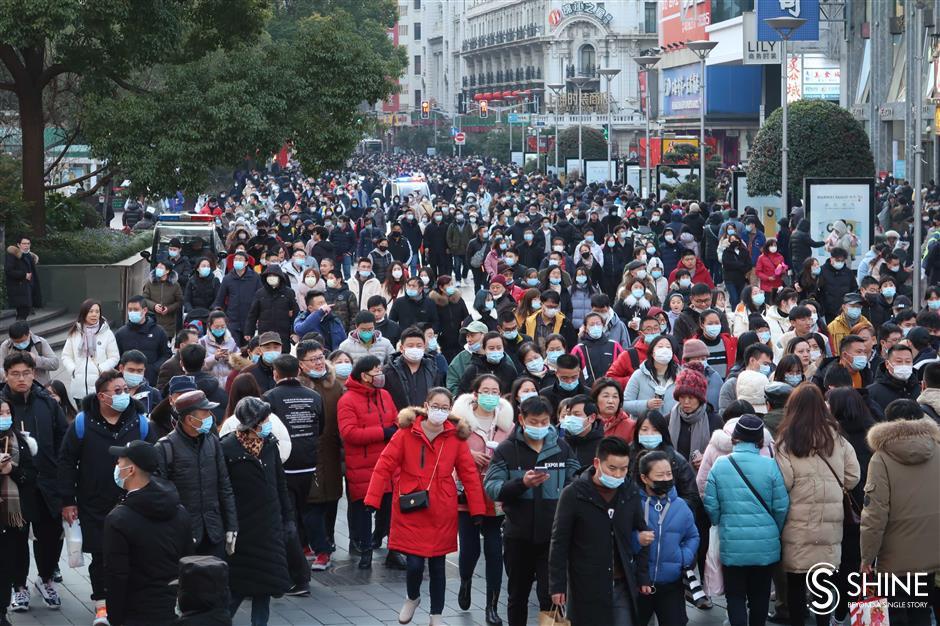 The crowds at the Nanjing Road Pedestrian Mall on the first day of 2021 (Photos: SHINE)

Shanghai and another five cities with an urban population of more than 10 million have been ranked as “super cities” in a report by the Ministry of Housing and Urban-Rural Development.

China has more than 90 cities with over 1 million people living in urban areas. Those between 1 and 3 million are “Type-II large-sized cities” and those below a million “small and medium-sized.”

Suzhou, Qingdao, Xi'an and Jinan have become mega cities over the past two years while Urumqi, Shijiazhuang and Fuzhou are now Type-I.

The numbers include only those living in urban areas, excluding county and rural residents.