Shanghai urges residents not to visit cemeteries during Tomb-sweeping Festival 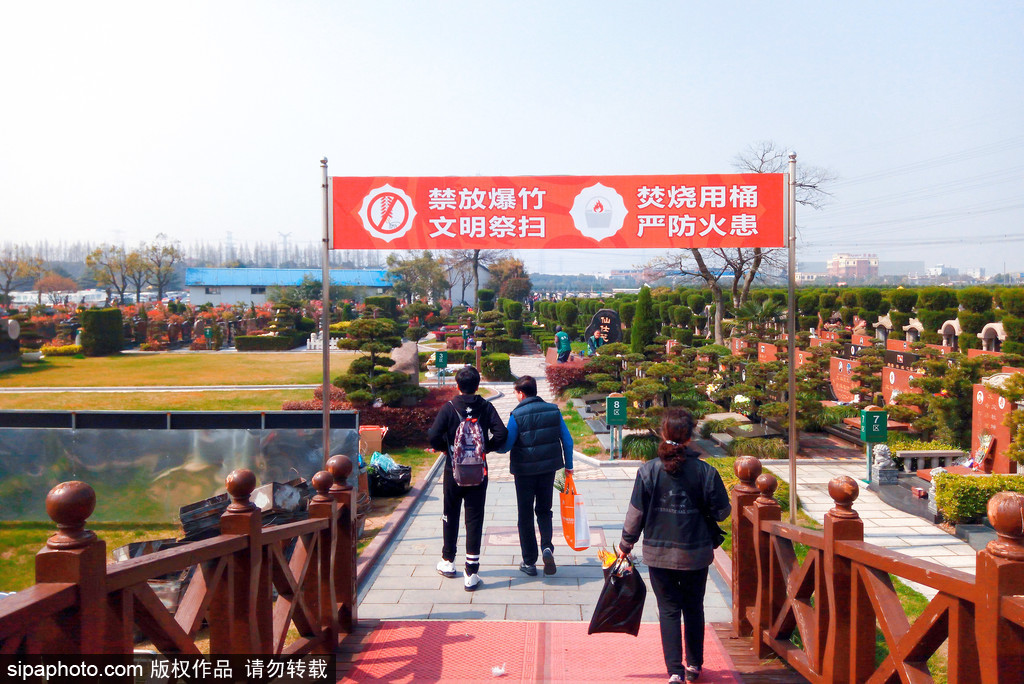 Shanghai Civil Affairs Bureau suggested local residents not to visit their deceased family at the graveyard during the upcoming Qingming Festival, deputy head of the bureau Zeng Qun said at the daily press conference on the novel coronavirus pandemic on Marchw 14.

Qingming Festival, which falls on April 4 this year, is traditionally a Chinese festival for tomb sweeping, with more than two million people visiting the public cemeteries on the day last year. As part of the measures to curb the spread of the novel coronavirus, the city stopped all public gatherings at funeral homes, cemeteries and other venues for the funeral, incineration, and burial ceremonies, Zeng said.

"We are calling on Shanghai residents not to visit cemeteries and funeral homes during the Qingming period (March 28-April 12), to avoid crowd gathering and potential risk of spreading the virus," Zeng said.

To help people cope with the situation, the municipal civil affairs bureau will launch a series of special arrangements, Zeng said. A collective memorial will take place in each cemetery, attended by the graveyard employees only, while members of the public can pay respect to their deceased family and loved ones on the website or WeChat platform of the cemetery.

The cemeteries will also provide special service upon request, such as visiting a tomb on behalf of the relatives to pay respect and offer flowers.

"We do understand that some people will have to visit the cemetery during this period, for example, some have scheduled to bury their loved ones, and we have launched an appointment system for these purposes," Zeng said.

People are required to make appointments ahead, and no more than 10 people will be allowed at each funeral. They will be able to make the appointments via the WeChat platform of specific cemeteries from Mar 26 on, he said.

A person can make appointments for no more than five people, including himself, to enter the cemetery. Upon their entrance people will be required to present their record of the appointment, the health QR code for each person and everyone will have to wear a face mask, Zeng said.

By March 14, 195 parks in the city and three parks in the suburb have reopened to the public, according to Fang Yan, deputy director of the Shanghai Green and Urban Appearance Bureau. By March 16, all the 352 city parks and three suburban parks, except for 17 facilities closed for maintenance or reconstruction in Shanghai, will reopen to the public, Fang said.