CHINA Shanghai will roll out measures to speed up approval, improve business environment

Shanghai will roll out measures to speed up approval, improve business environment

China was highly praised by the World Bank in its latest report on business environments, with Chinese cities such as Shanghai speeding up approvals and simplifying procedures for enterprises, the Shanghai Municipal Government said during a press conference on Tuesday. 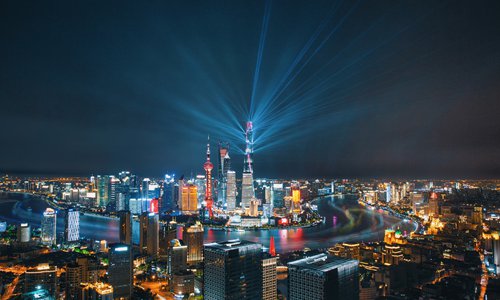 The light show during China's National Day holiday on the Bund in Shanghai on October 3. (File photo: VCG)

Shanghai was one of the two sample Chinese cities which were assessed and it accounted for 55 percent of the rating by the World Bank in its report, China's Doing Business Success: Drivers of Reforms and Opportunities for the Future, which was issued on July 26. Shanghai's performance in doing business directly determines China's place in the World Bank's ranking.

Shanghai's continuous optimization and progress in business environment is closely related to a series of effective reform plans and updated reform targets.

In order to speed up the construction of major projects, Shanghai will improve the mechanism for project approval with its 23 newly drafted reform measures in six aspects, which will be enacted on August 1.

Chen Jing, secretary general of the Shanghai Municipal Government said that the measures were inspired by the local Tesla project, all the procedures for which, from approval of the project to the products entering the market, were accomplished within the same year.

It is noteworthy that the procedures will be simplified and the approval will be authorized to lower and grassroot administrative bodies. The municipal government has been fully supporting the quality development of Pudong New Area and the construction of the science and technology innovation center in the district by authorizing over 50 municipal-level approval items for the Pudong New Area and the Zhangjiang Science City.

In recent years, Shanghai has been performing well in promoting major projects. The citywide industrial investment increased by 15 percent year-on-year in the first half of this year. The manufacturing sector grew by 20.1 percent year-on-year in H1, with double-digit growth for 10 consecutive quarters. Major industrial projects such as robot system CloudMinds, Galaxycore (Shanghai) Co, a manufacturer and distributer of electronic components, and Invista's adiponitrile (ADN) project have started construction as scheduled.

Besides, The Shanghai Government Data Service Portal, which provides one-stop online-offline public services, is a very important system for improving the city's business environment. As of July 27, the number of corporate users on the platform has exceeded 2.08 million, accounting for 90 percent of the corporations in Shanghai.