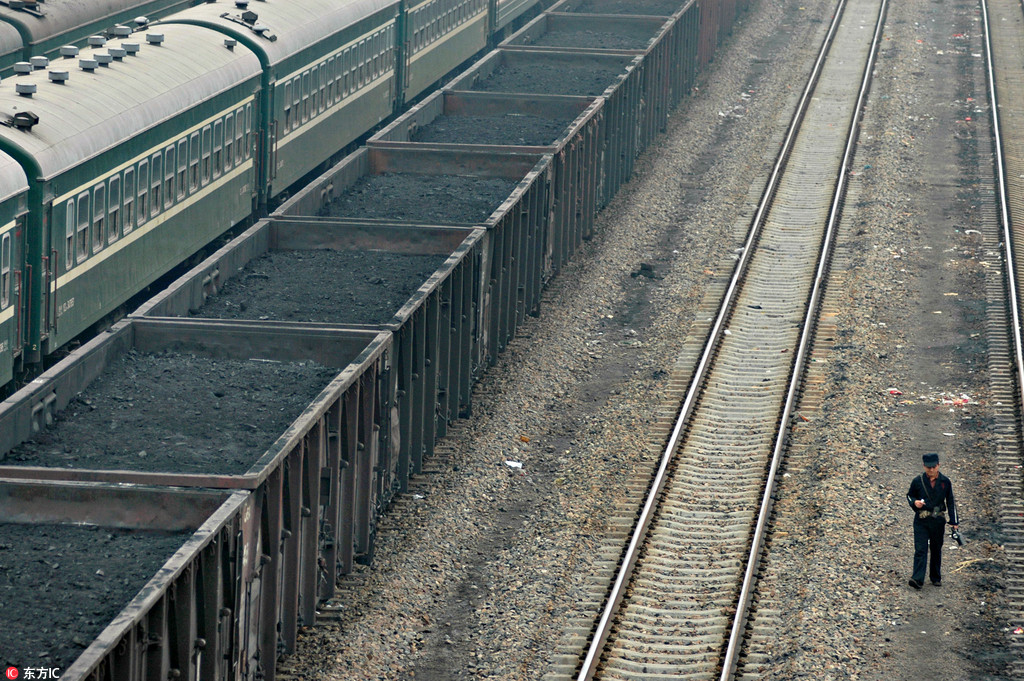 China's major coal-producing province, North China's Shanxi Province, is now stepping up efforts to transform and upgrade its economic structure and reduce its reliance on coal, which provides a glimpse of the country's supply-side reform.

Known as “the sea of coal,” Shanxi's coal reserves used to take up a quarter of China's coal supply in 2015.

However, in recent years, Shanxi’s coal industry has suffered from overcapacity and as a result, a plunge in coal prices has had a negative impact on the province's GDP.

For a resource-dependent economy as Shanxi, breaking the so-called “resource curse” and reversing the trend of slowing economic growth has become its local government's priority.

Since 2016, Shanxi has combined the supply-side structural reform of the coal industry with the development of the transformation test zone, and took the lead in reducing production capacity.

In the meanwhile, Shanxi has been developing new engines of economic growth. On Sept 21, 2017, a tourism conference was held in Shanxi province as a key part of the 2017 Shanxi Tourism Development Conference, to develop the tourism industry in Shanxi and play a leading role nationwide.

Data shows the province's GDP growth rose to 6.9% in the first half of the year. According to a guideline issued by China's State Council this year, by 2020, Shanxi should attain certain achievements in supply-side reform in key sectors, as well as tangible results in energy reform. At the same time, a combination of industrialization and information-based development will also be key priorities for Shanxi province in the next two years as part of “Made in China 2025.”

The reform was first proposed by Chinese President Xi Jinping in November 2015, and focused on five tasks:

The reform has been carried out smoothly and significant progress has been made in various areas. The National Bureau of Statistics of China said that  by August, the number of homes for sale fell 12 per cent year on year. As for deleveraging, in late August, the asset-liability ratio of industrial enterprises above the designated size dropped by 0.7 percentage point from the same period a year ago. In terms of cost reduction, between January and August, the cost of every 100 yuan of the main business revenue of industrial enterprises slid by 0.12 yuan compared with the same period a year ago. Furthermore, investments in eco-environmental protection, agriculture, water conservancy, strategic emerging industries and other fields has grown rapidly. In the first eight months of the year, ecological protection and environmental governance, public facilities management and agricultural investment grew by 28.2 percent, 24.3 percent and 16.1 percent, respectively.

In addition, the supply-side structural reform of agriculture, the third industry, the industrial upgrading, and the coordinated development of urban and rural areas has been accelerated. Consumption has been a major engine of economic growth.

In the report delivered by President Xi at the opening of the 19th CPC National Congress, the importance of furthering supply-side structural reform was emphasized.

The report says “we should pursue supply-side structural reform as our main task, and work hard for better quality, higher efficiency, and more robust engines of economic growth through reform.”

China’s supply-side structural reform has been praised by many international institutions, including the OECD and IMF.

Reuters reported in May that authorities in Shanxi vowed to suspend or slow the production to 120 million tons of coal from 2016 to 2020. In October, local authorities announced that nine more coal mines were to be closed by the end of the year.

China has entered a stage of high-quality development, and Shanxi’s story of economic transformation and supply-side structural reform goes on. As the IMF once again raised its forecast on China’s growth rate, China’s economic outlook is bound to be brighter.