CHINA Shanxi invests in future of its heritage

Shanxi invests in future of its heritage 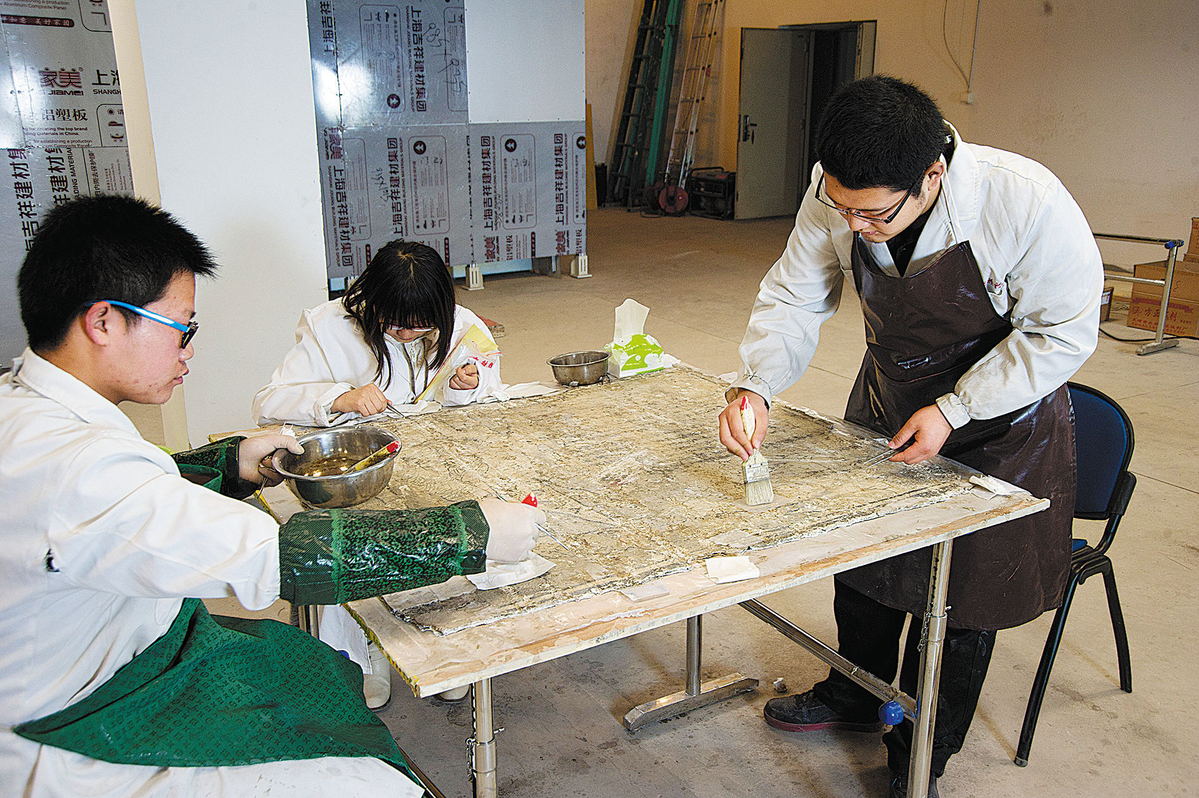 Shanxi plans to train 600 specialists in the protection of cultural relics between now and 2026 to strengthen the preservation of its wealth of historical treasures, according to a plan recently unveiled by provincial authorities.

With 531 historical sites under State protection-the most of any provincial-level region-Shanxi also has 53,875 pieces of immovable cultural heritage and 28,027 ancient buildings, among which 500 or so date back to the Yuan Dynasty (1271-1368) and earlier, and account for more than 80 percent of all buildings from the period still in existence nationwide.

Consequently, it is county-level governments with their limited funds and personnel that are in charge of the protection of the majority of the province's cultural relics, and this, as Bai Xuebing, deputy director of the Shanxi Culture Relics Bureau, pointed out, forms an "inverted pyramid" in terms of funding and personnel allocation.

The money and staff are made available to protect the small number of cultural relics under State protection, but not for the preservation of the majority of the province's cultural relics, often located in remote areas.

Bai's remarks came in reference to the severe and widely-publicized storm last year that badly damaged the province's tens of thousands of cultural relics, and which served to highlight the urgency with which grassroots level preservation is needed in the province, a step toward which includes the initiative to train 600 specialists.

According to Cheng Shulin, deputy director and spokesperson of the bureau, provincial authorities have entrusted Shanxi University, which is located in the provincial capital Taiyuan, with enrolling 600 high school graduates from the province's 117 counties to train as general practitioners in cultural relic protection, equipping them with the knowledge of archaeology, ancient architecture and museology they will need to fulfill their roles.

The Shanxi provincial government will pay for tuition and living expenses on campus, but students will have to work in the posts subsequently assigned to them in cultural relics protection agencies for at least five years after graduation. If not, they will be required to reimburse all payments to the provincial government.

Shanxi University will recruit the first batch of 120 students this year from 83 counties.

Liu Gang, director of the bureau's personnel and education department, said that apart from the initiative, the bureau also offers special training courses on a regular basis to hone the abilities of staff working in preservation. He said that over the past three years, various training courses have been organized, attracting thousands of people from the bureau's network, and added that the bureau also cooperates with Peking University, Xiamen University and Sichuan University to better train its professionals.