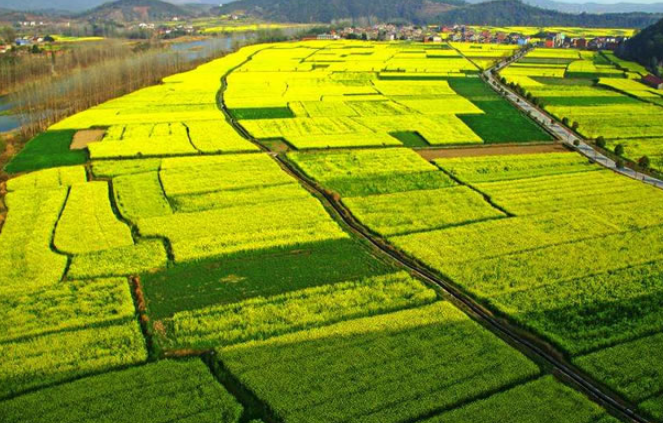 It is the season for sowing autumn rice, yet Qiu Huihong, a farmer in south China's Guangdong Province, is already feeling the joy of a good harvest.

Thanks to the poverty-relief project, Happiness Sharing Farm, the 45-year-old farmer is likely to escape poverty.

Last month, Qiu rented out 0.13 hectare of his contracted farmland to the newly-launched Happy Sharing Farm at a price of 1,000 yuan ($146.4) per year.

In addition to the rent, Qiu can also save costs, about 1,000 yuan, in buying seeds and fertilizers, and earn an extra of 1,000 yuan by working on the farm as an employee in the main farming seasons.

"I used to plant and sell rice by myself, yet the profit was so low that I could barely make money," Qiu said. "If there is drought or flooding, I lose money. Now the sales are taken care of by the farm, I feel very relieved."

The pilot project in Hengdong village, Deqing County, is backed by the county government and a People's Bank of China branch in Zhaoqing City. It is invested and run by Shenzhen Dianchou Agricultural Supply Chain, an e-commerce company based in Guangdong.

Currently, the farm has rented a total of 3.33 hectares of contracted farmland in the village.

"Half of the households in the village have joined the program, including half of those living under the poverty-line," said Qiu Jinbo, head of the village committee.

In mid-July, the company launched a crowd-funding project for the Happiness Sharing Farm on the Idianchou online platform. Zhao Xuesheng, deputy manager of the platform, said a client could get the management rights of 0.022 hectare of farmland for four months by investing 500 yuan.

The client can either do the farm work himself or entrust the platform to hire farmers to do it for them. Upon expiration of the contract, the client can choose to get 100 kg of rice or 519 yuan in return.

Also, 5 percent of the profits of crowd-funding projects will be used in poverty-relief efforts in Hengdong.

"After the crowd-funding project was put online, in less than one hour, we got 80 percent of the target amount," Zhao said.

Nowadays many urban residents show interest in going to the rural areas and doing some farm work at the weekends or during holidays, and this partly explains why the project is well-received, according to Zhao.

"I have been to this farm. I know it is a poverty-relief project, so I invested 500 yuan," said Huang Meili, a client from Shenzhen. "I'm looking forward to getting the rice at the end of the year."

Hengdong's farmland is irrigated by spring water from the mountain, and the quality of the crops is good. However, local farmers failed to take advantage of this in the past due to lack of money, management and sales channels.

"Now, with the Happiness Sharing Farm, we are able to give full play to our advantages. Getting rid of poverty is not that far off," Qiu Jinbo said.

Li Weijie, head of the Deqing branch of the People's Bank of China, said: "The project is an upgraded version of the crowd-funding project for agriculture, which is a form of the 'sharing economy' based on credit for agricultural producers."

There are now over 50 kinds of agricultural products from Guangdong that are sold on e-commerce platforms like Idianchou.