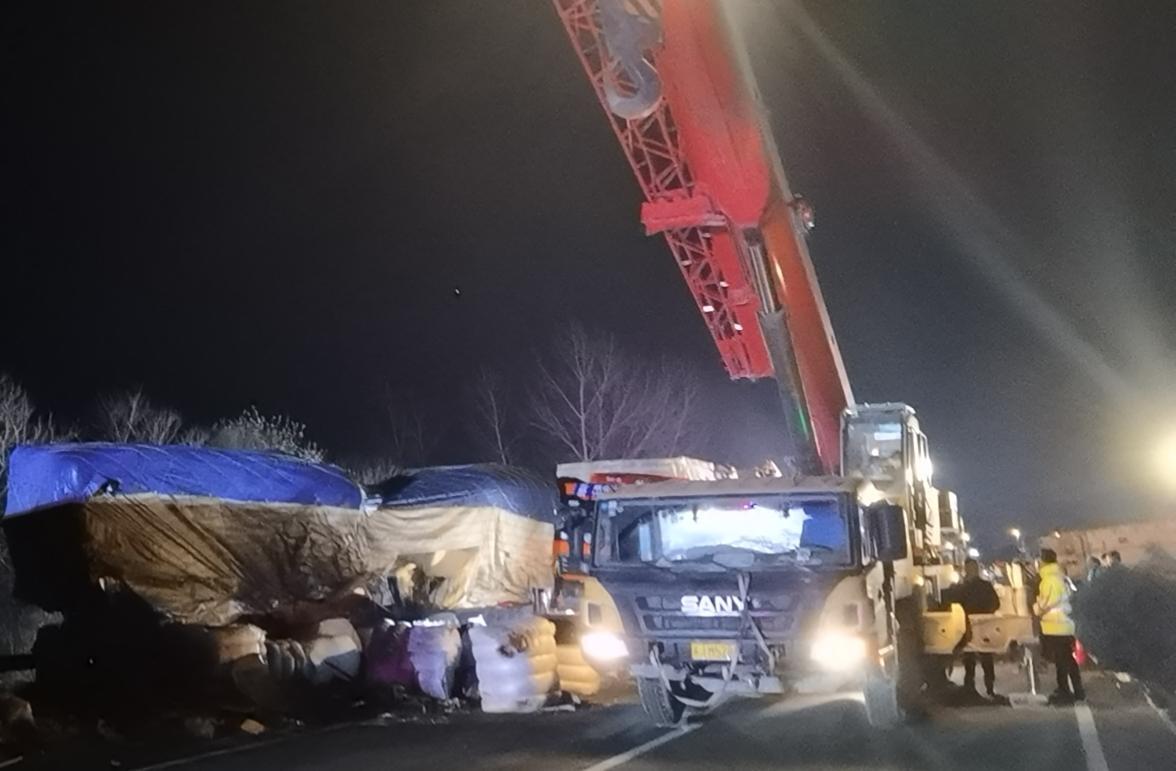 This photo shows the scene of a traffic accident that has killed 11 people at the Shenyang-Haikou Expressway's Yancheng section in Jiangsu province on April 4, 2021. (Photo: Xinhua)

A tire shed by a truck caused a crash in Jiangsu province on Sunday that killed 11 people and injured 19, Yancheng's public security bureau said on Wednesday.

A little after midnight on Sunday, the right-rear tire of the truck disintegrated and fell onto the Shenyang-Haikou Expressway in Yancheng. Eighteen minutes later, another truck, trying to avoid the obstacle, lost control and drove through a center guardrail.

It then crashed into a bus, which overturned and caused a rear-end collision between two other trucks.

The men in the truck that shed the tire, surnamed Li and Kou, have been detained by police for investigation.

Police confirmed that all drivers tested negative for drugs and alcohol. None of the trucks involved was overloaded, and none had exceeded the speed limit. Police also said that the driver of the truck that went through the guardrail, surnamed Dong, was not driving while tired.

Most of the injured are young or middle-aged and had broken bones, said Qiu Haibo, vice-president of Zhongda Hospital of Southeast University, who is leading the medical team treating them.

"Experts from many departments, including severe, emergency and orthopedics, are treating the patients," he said. "All the patients have received timely treatment."

On its website, the Ministry of Public Security's traffic control bureau urged vehicle owners and operators to conduct regular maintenance.

They should always check their vehicles before driving them, be alert while driving and pull over immediately if any mechanical failure emerges, it said.

They should also post warning signs, clean up the road if any parts of the vehicles fall off and report to police or the highway maintenance department immediately if they cannot clean the road themselves. They must also alert passing vehicles on the road, it said.