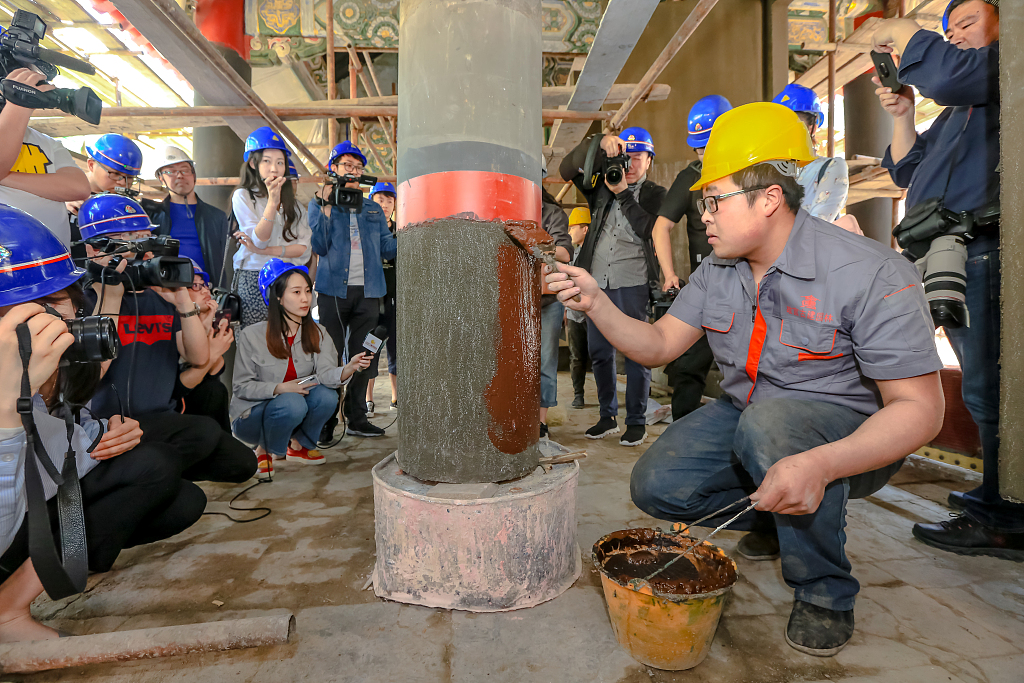 Media watch an ancient building being repaired in Shenyang on May 11, 2019. (Photo: VCG)

Scaffolding has been set up around the imperial ancestral temple with red walls and yellow tiles, which was built in 1781 during Emperor Qianlong's reign in the Qing Dynasty (1644-1911) to worship ancestors.

Professional builders demonstrated procedures for repairing ancient buildings. Visitors can have a hands-on experience by using linen and oil putty to reinforce the wooden parts of the temple, including beams, pillars, and square-columns.

Li Shengneng, curator of the museum, said that people will get to know better about the traditional design, construction of ancient architecture and the repair work through this experience.

Built in 1625 under the order of Nurhachi (1559-1626), founder of the kingdom of Great Jin which preceded the Qing Dynasty, Shenyang Palace Museum was the imperial palace of two Qing emperors. Some 200,000 imperial items and books were transferred here from Beijing during the Qing Dynasty.