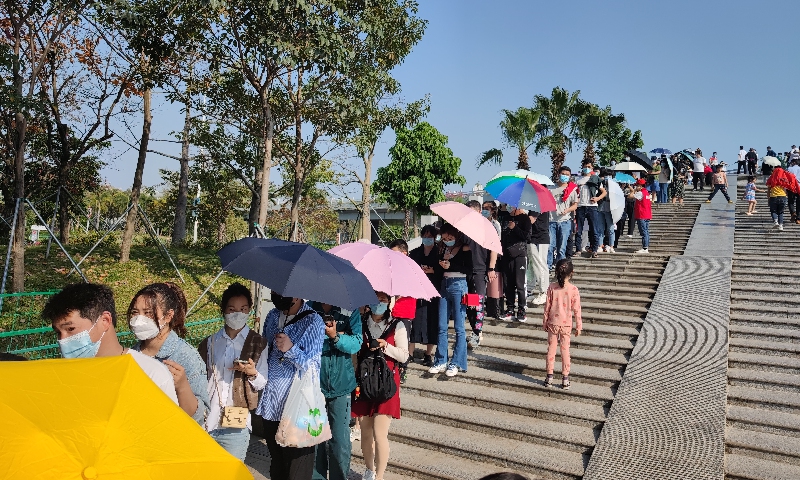 Shenzhen in South China's Guangdong Province, home to over 12 million people, restored its normal life and work after the recent outbreak of COVID-19, it announced in a notice on Tuesday, saying that public entertainment venues will reopen with capacity restrictions of 50 percent.

Residents are required to provide a negative nucleic acid test when entering public places, as well as taking public transportation, the notice said.

The areas in lockdown and under epidemic control and prevention will continue to strictly implement public health measures.

Cinemas, museums, pubs, gyms and other indoor public venues will reopen in an orderly manner starting Tuesday but with capacity restricted to only 50 percent of customers. Childcare and tutoring institutions will also restore operations under such requirements.

Restaurants can now resume normal operations as long as they thoroughly implement the epidemic prevention measures, which are less demanding compared with the notice issued on March 20.

Back on March, Shenzhen announced that the target of dynamic zero-COVID in the community had been achieved after three rounds of citywide nucleic acid testing. The city's authorities released a statement saying that the epidemic was generally under control despite great challenges.

After continued epidemic prevention efforts, schools will also gradually reopen their campuses. The city has required school staff and students to take nucleic acid test every day for the first week after their return, according to the latest notice. Starting from the second week, validity of the tests will be extended to two days.