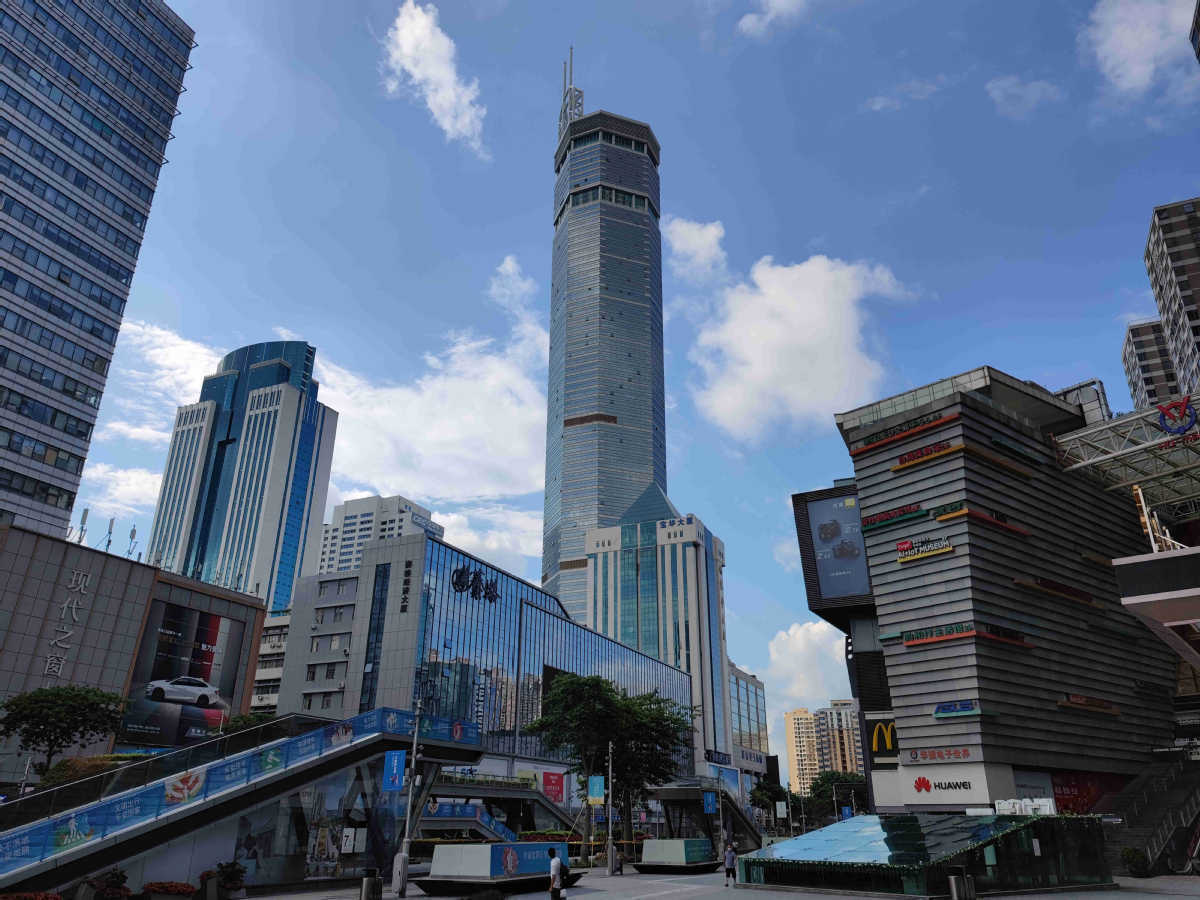 The main structure of the SEG Plaza Building in Shenzhen, Guangdong province, is safe under normal conditions and can continue to be used, according to an official statement released on Thursday.

After wobbling for three consecutive days following its first vibration on the afternoon of May 18, the 356-meter skyscraper was sealed off for about 10 days, said Deng Lipeng, who has a small shop in the building.

To find out what caused the mysterious shaking, professional organizations closely monitored the building's vibration, tilt and subsidence, and found them to be above standard.

Through two months of real-time detection, the expert investigation panel ruled out vibration-causing factors from subways, construction and blasting from nearby projects, as well as air conditioning operations.

Focusing on analysis of wind-induced vibration and cumulative structural damage, experts said they believe that the building's shaking was caused by a combination of vortex-induced resonance of the rooftop masts, and changes to the dynamic characteristics of the building.

SEG Plaza, completed in 1999 and located in the Huaqiangbei shopping area, is the 18th-tallest building in Shenzhen. On its rooftop are masts that serve as lightning protection and navigation marks.

According to investigations, a steady wind lasting for a certain period of time caused the masts to generate a particular frequency that caused the main structure of the building to wobble.

Moreover, the change in the dynamic characteristics of the building and masts was the main internal cause of the vibration. Since the skyscraper has been used for more than 20 years, the accumulated damage to the steel plate composite floor slabs on some floors and the mast connection points caused the structural frequency to change, forming a condition for resonance, the investigation results showed.

The expert panel said removing the masts could effectively solve the issue of the building's perceived vibration. Related work is being prepared.

From 6 pm on Friday, no one will be allowed to go into the building except for construction personnel and staff with passes, according to a notice released by SEG Plaza's property company on Thursday.

The removal of the masts will take about 32 days, but extreme weather such as torrential rain, typhoons or high temperatures could lead to the postponement of operations, the notice said.

The local government will provide temporary business premises for merchants in the building, who can apply to the building's management office.

"We are moving from the building to operate our business in another place," Deng said.