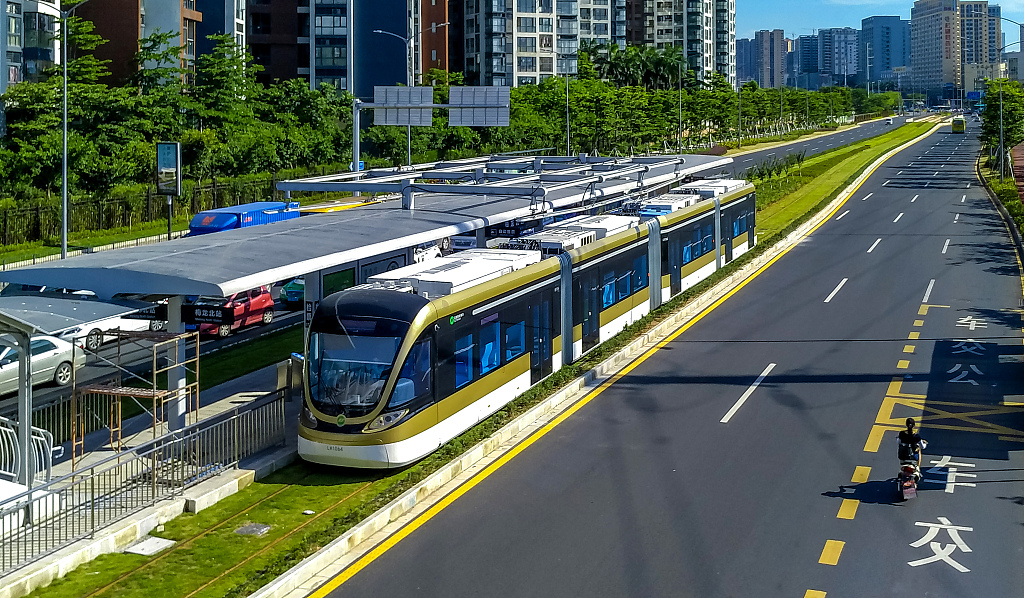 Shenzhen has basically met its target of using electric vehicles in its urban buses and taxi fleet, which form a major part of the city's public transport system, according to the Shenzhen Municipal Transport Bureau.

At present, all buses shuttling around the city are electric vehicles, replacing fuel consumption of 345,000 tonnes annually.

The number of the city's in-operation electric taxis had reached 20,135 by the end of last year, basically realizing the city's target to replace the taxi fleet with electric vehicles.

There are now more than 120,000 new-energy vehicles registered in Shenzhen, said statistics from the Shenzhen Municipal Transport Bureau.

Shenzhen, a pioneering city in China's reform and opening-up, is now among the world's leading high-tech innovation hotspots. It is also a key city in China's Guangdong-Hong Kong-Macao Greater Bay Area.