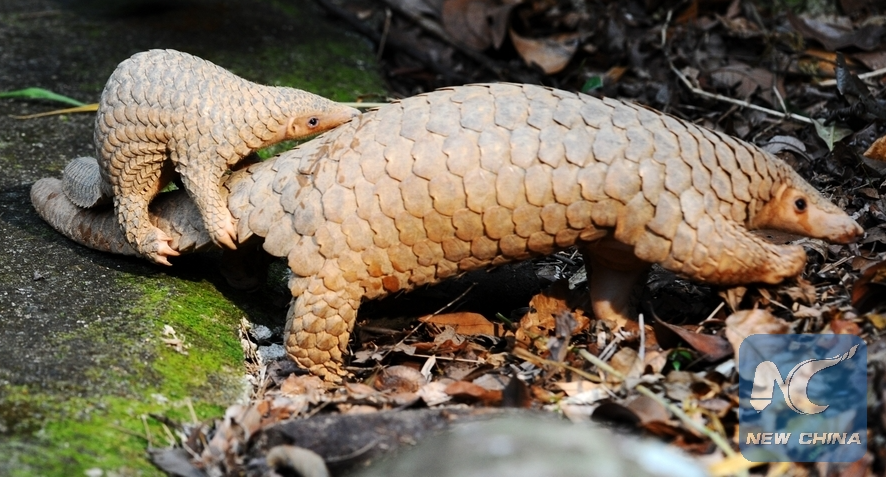 Customs officials in Shenzhen, South China's Guangdong Province have seized 11.9 tons of scales from the bodies of endangered pangolin, a rare, prehistoric-looking mammal that resembles an anteater, local authorities said at a press conference on Wednesday.According to news site ycwb.com, customs officials discovered the huge cache of the animal's scales in July. They estimate at least 20,000 pangolins would have been killed and their scales would fetch 200 million yuan ($30.8 million) on the black market. Pangolins are mainly found in Africa and Asia and are on China's list of endangered species. It is reportedly one of the most widely illegally traded endangered animals in the world. The animal's scales are turned into a powder and used in traditional Chinese medicine, to supposedly improve blood circulation. According to customs officials, a container declared to be "empty" was unloaded on the Yantian port in Shenzhen. However, they found the container filled with 239 bags of pangolins' scales that altogether weighed 11.9 tons. Police arrested three suspects between August to October.In a similar incident in 2016, two suspected smugglers were detained in Shanghai after authorities recovered 3.1 tons of pangolin scales. Shanghai Customs said they received a tip that two shipping containers carrying endangered animal products from Africa would be arriving at the city's port, China Central Television reported. It was estimated that the scales came from 5,000 to 8,000 pangolins, said the report.