SHENZHEN, Sept. 24 (Xinhua) - A total of 1,090 parks have been established in Shenzhen by September, as an effort to improve the city's ecological environment to an international advanced level. 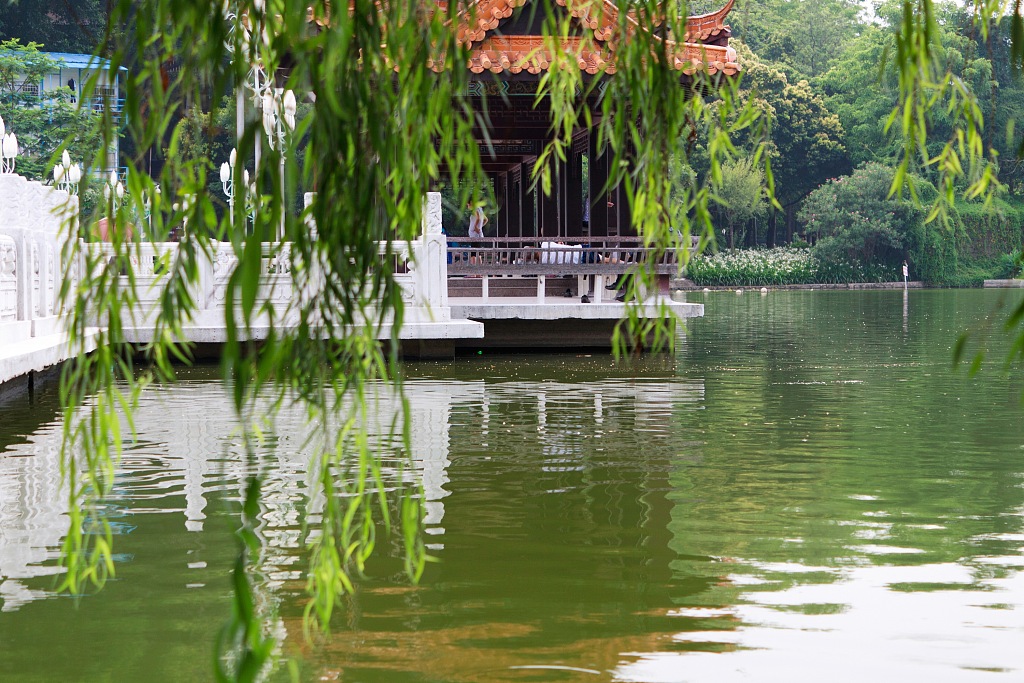 The metropolis, which is building itself into a pilot demonstration area of socialism with Chinese characteristics, has been continuously promoting urban greening, said a source of the municipal management and law enforcement bureau of Shenzhen, which falls under jurisdiction of Guangdong Province.

Covering nearly 39,320 hectares, the parks include 33 natural parks, 152 urban parks and 905 community parks. A three-level park system was established in 2006, which enables citizens to reach parks within 500 meters.

Shenzhen plans to build up and renovate more than 40 parks every year, with the total number of parks reaching 1,500 by 2035.

According to a document issued last month, by 2025, Shenzhen will become one of the leading cities in the world in terms of economic strength and quality of development. And the quality of its ecological environment will be first-rate globally.