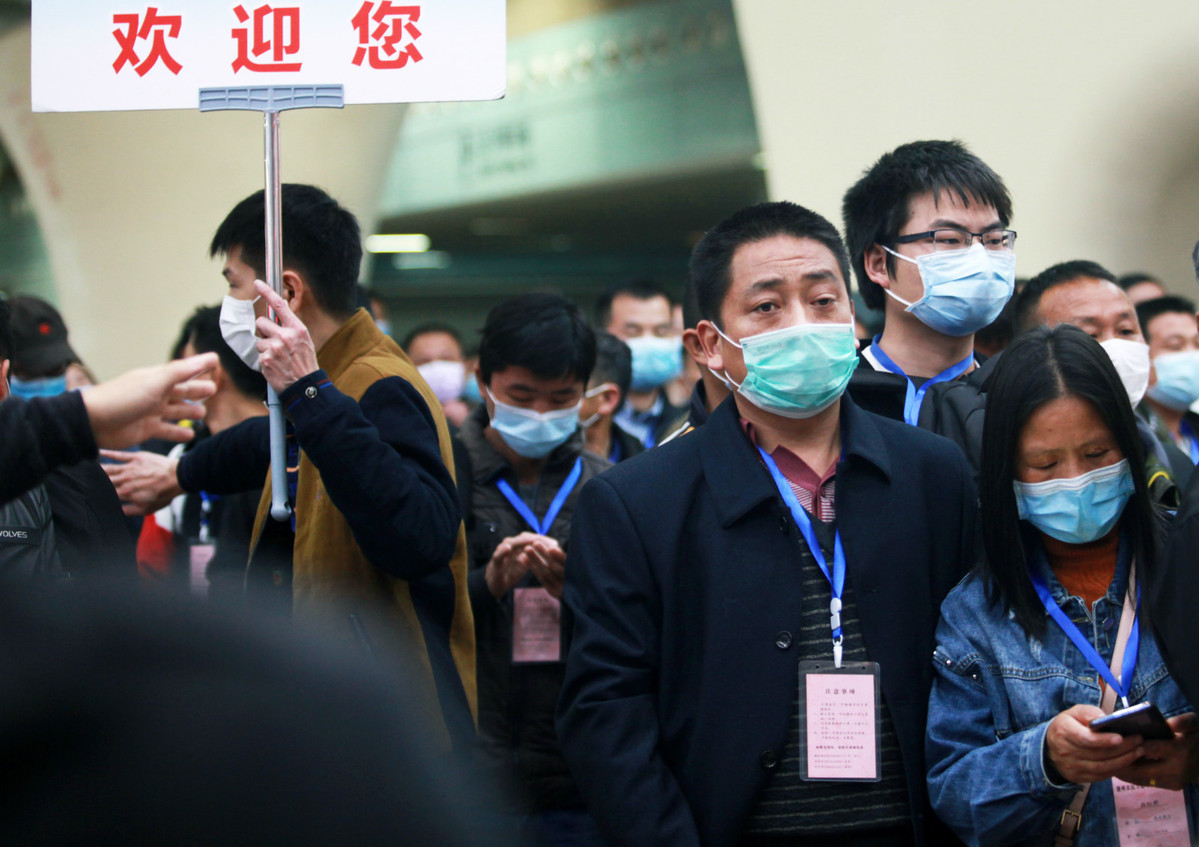 Shenzhen, Guangdong province, announced that people coming back to work from Wuhan, Hubei province, are exempt from mandatory quarantine if they can prove they have not been infected with the novel coronavirus.

Those returning must receive nucleic acid tests in Wuhan－the city hardest hit during the outbreak that ended its 76-day lockdown on Wednesday－and show their green health codes upon arrival. With green health codes issued by Hubei, they can go directly to work in Shenzhen.

However, seven days after their arrival, they must be tested for the virus a second time, according to the city's health commission.

"Communities have to remind people from Wuhan that they are advised not to go outside for 14 days, except to go to work," said Zheng Xuefeng, deputy chief of emergency management of Shenzhen.

On March 19, Shenzhen had launched a green channel for people coming from Hubei, except Wuhan. This channel helps some people avoid 14-day quarantine measures.

Now that Wuhan has ended its lockdown, people from there can also take advantage of the channel, but only for employment purposes.

For epidemic intervention, Hubei has issued three levels of health codes－red, yellow and green－based on their test results and medical observations.

Since mid-March, the city has screened 560,000 people from Hubei with green codes, among whom eight asymptomatic infection cases have been found.

More than 200,000 people in Hubei are expected to come to Shenzhen in the near future.

Liu Xiangbing, a repairman in Shenzhen and a green code bearer, has benefited from the policy. In the wee hours of March 18, he drove to Shenzhen from Xiantao, Hubei.

The next day, Liu got to his company's workshop early, picked up his maintenance tools that had not been touched for more than two months, and buried himself in work.

"I'm so excited that I can finally come back to work so soon," he said.

The green code served as a green light for him to return to work in Shenzhen, Liu said.

"To apply for a resume work certificate, I showed my green code to my Shenzhen company. With the certificate from the company and a green code, I got a letter enabling me to leave Hubei. To get a seal for the letter from the local epidemic control office, I showed my code a third time."

After Liu left Hubei by car, local traffic police at high-speed road checkpoints inspected his green code. Once he entered the Shenzhen industrial park where the company is located, the staff checked his code again. After reaching the company building, the personnel department inspected it once more.

For people from Hubei, they have to report personal information on the "iShenzhen" app and independently monitor their own temperature. Meanwhile, communities and employers are also required to monitor their health conditions.

"Those from Hubei holding red codes or yellow codes, or who do not have a code, need to get nucleic acid tests and be placed under a 14-day concentrated quarantine under medical observation," Zheng said.