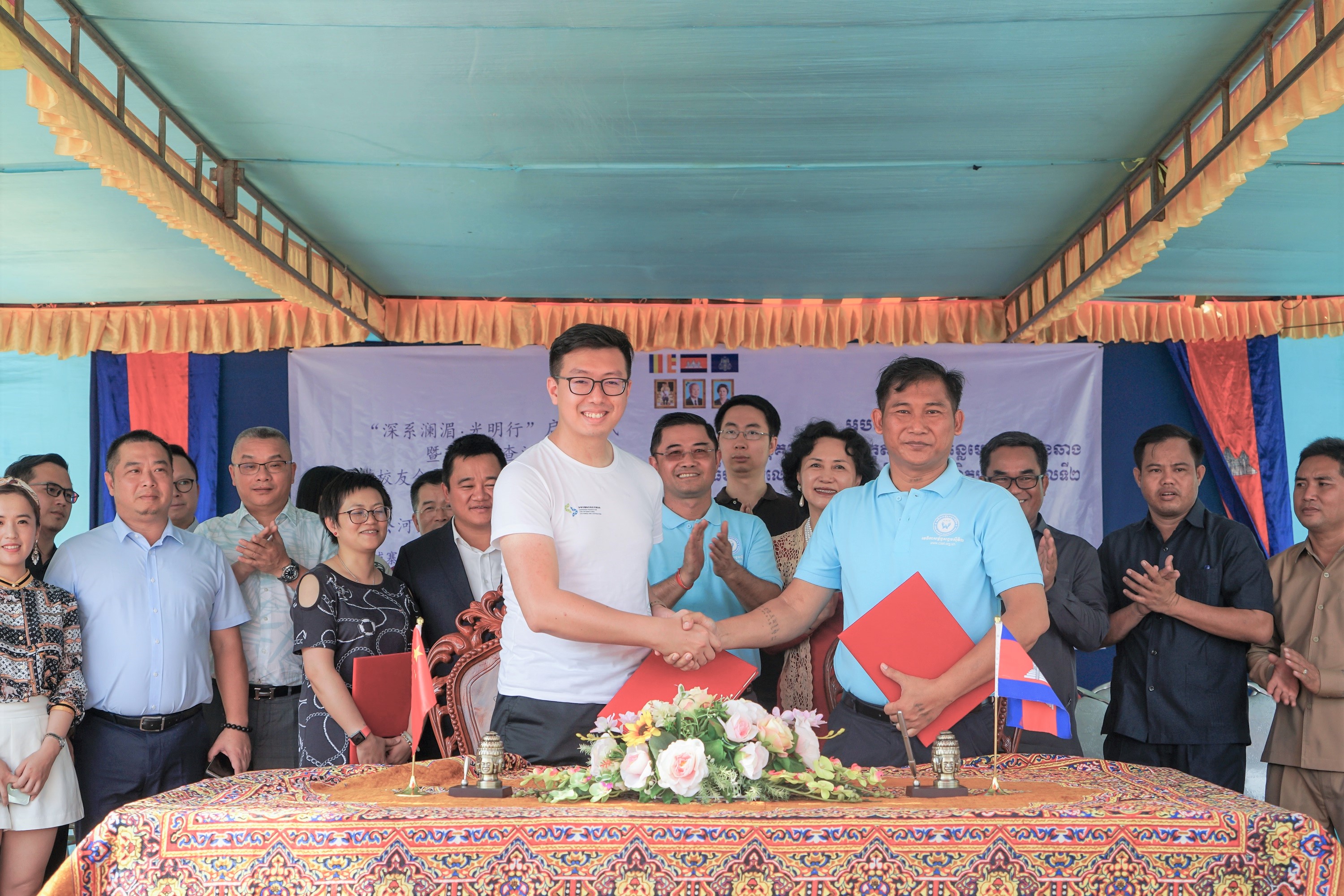 Phnom Penh (People’s Daily) – The second anniversary of the Shenzhen x Lancang-Mekong (SxLM) Week has been celebrated in Cambodia.

A ceremony marking the SxLM anniversary on Thursday, March 21, in Takeo Province was attended by Kemreat Viseth, board chairman of CSAF, deputy director of the Cambodian Prime Minister's Cabinet, and vice governor of Takeo province, Ly Savet, as well as the 200 Bati County villagers.

Chairman Viseth thanked the delegation for their efforts to improve local people's livelihoods and promote people-to-people ties between Cambodia and China. He said that Prime Minister Hun Sen sees the implementation of the SxLM project in Cambodia as extremely important and has personally asked the CSAF for its full assistance. 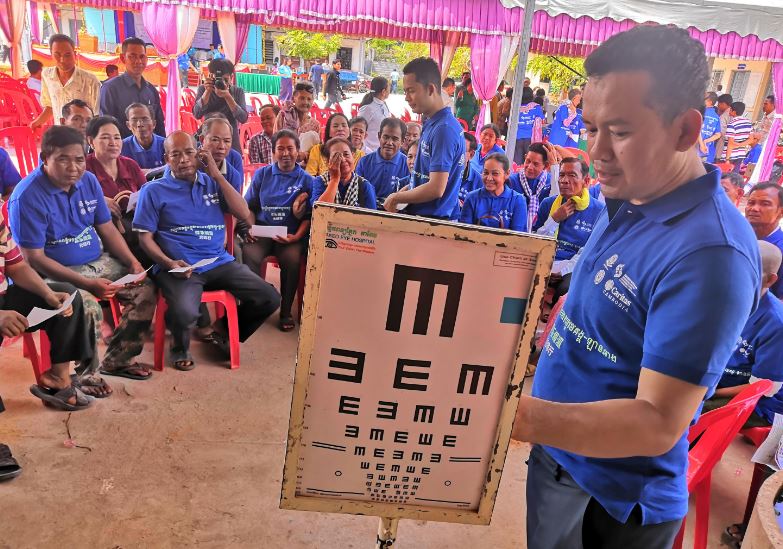 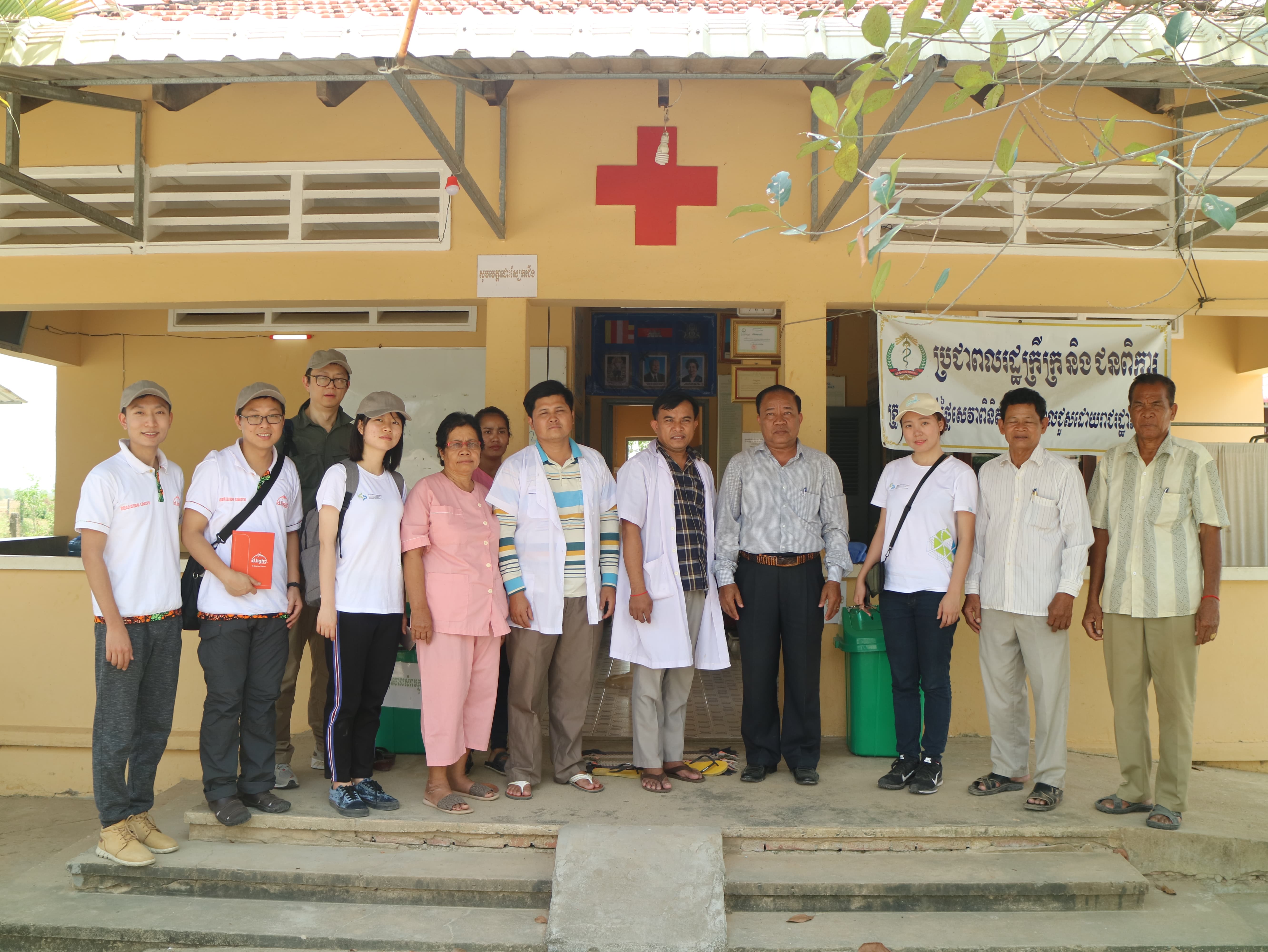 Medical staff and volunteers examined 120 cataract patients. As one of the four initial SxLM projects, Brightness Action will be conducting 17 screenings in Takéo Province this year and aims to provide free cataract surgery to 150 patients in poverty. It will also prescribe 500 pairs of glasses to locals with various sight impairments. 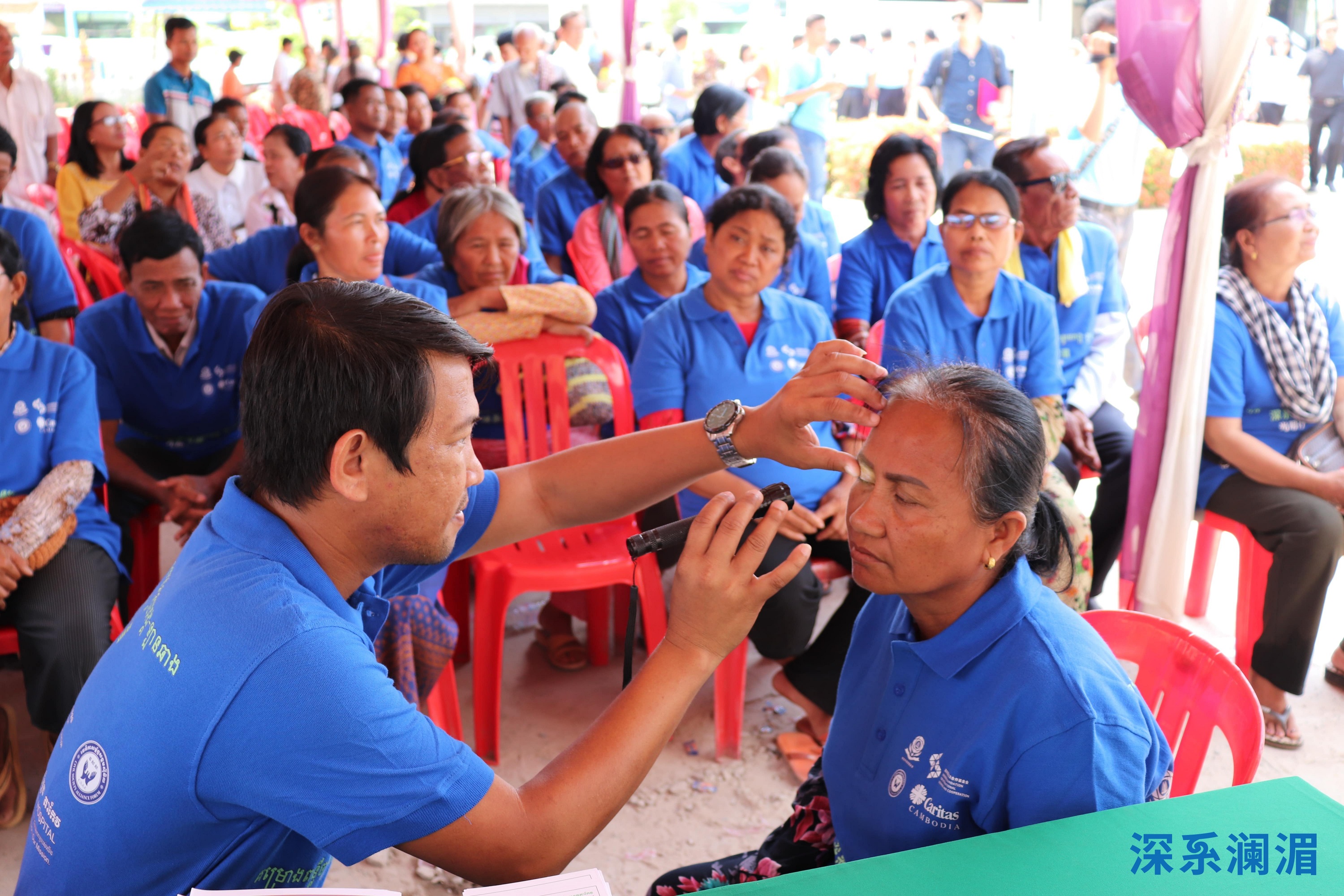 A MoU was signed on the second phase of the Mekong Sunlight Village project, officially launching its 2.0 era. 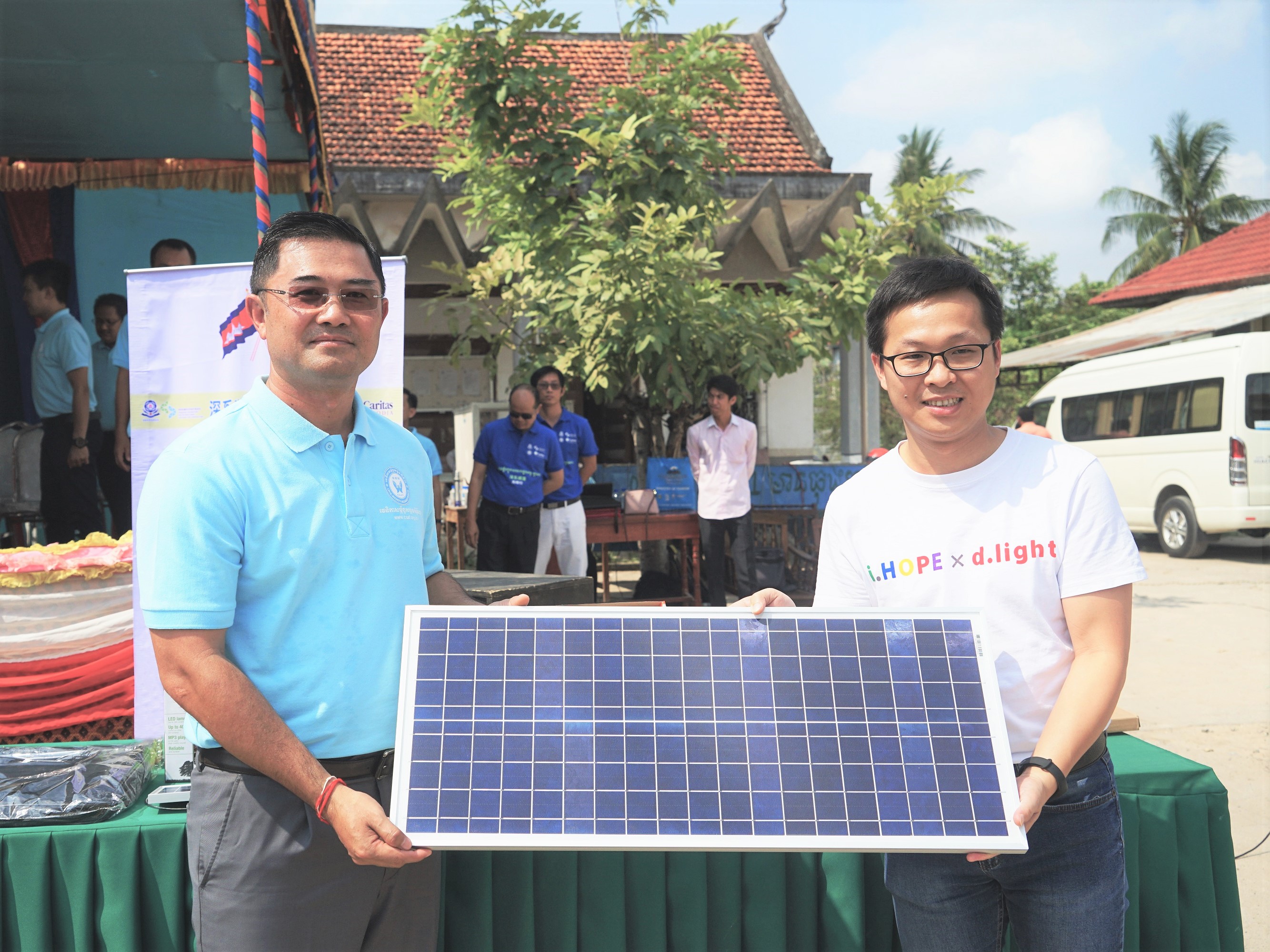 Last August, together with strategic partner D. Light, SFIEC completed phase-1 of the project in Takéo Province. They brought 300 solar panels to provide light to villages and homes that had no electricity.

Two days earlier, SFIEC had teamed up with D. Light and Mekong area research think tank Diinsider to revisit the project’s beneficiaries - villagers, schools and local health centers in Bati County. By obtaining user feedback and learning about local conditions and needs, they have gained insights into the strategy necessary to ensure the sustainable design of Sunlight Village 2.0. 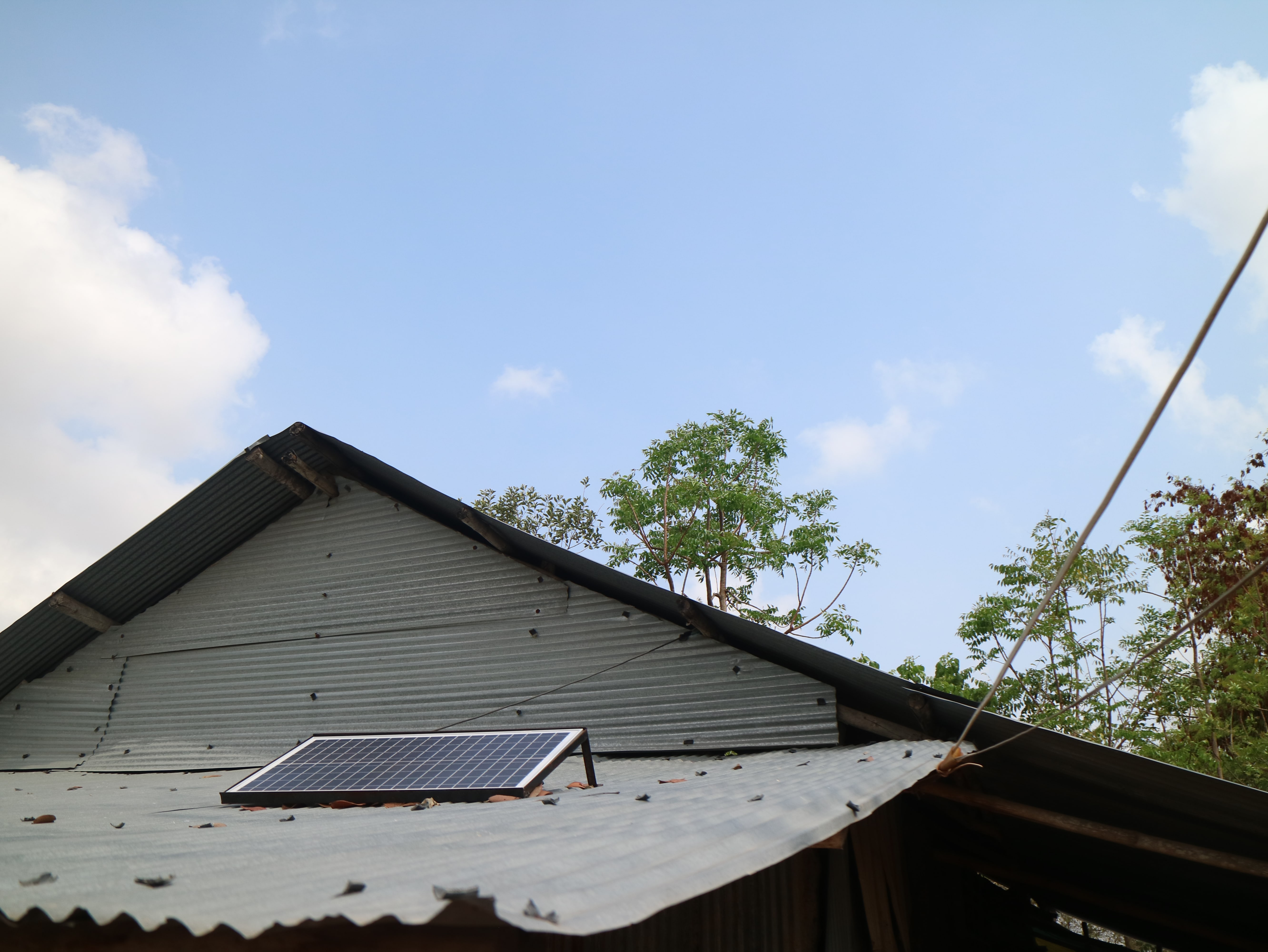 In response to SFIEC’s appeal to rally the Shenzhen private sector to participate in Lancang-Mekong Cooperation, the Shenzhen University Alumni Society launched the alumni donation to Lancang-Mekong region campaign. Alumni Society president and chairman of the board of directors of Bunde education group, Huang Shun, signed a donation agreement with the CSAF to donate 100 laptops to schools in Takéo Province to enable teaching via multimedia. Deputy Prime Minister of the Kingdom of Cambodia and chairman of the NRDC, His Excellency Yin Caili, met with members of the Shenzhen delegation to discuss bringing new solutions to promote balanced urban and rural development in Cambodia and improve the level of vocational education. 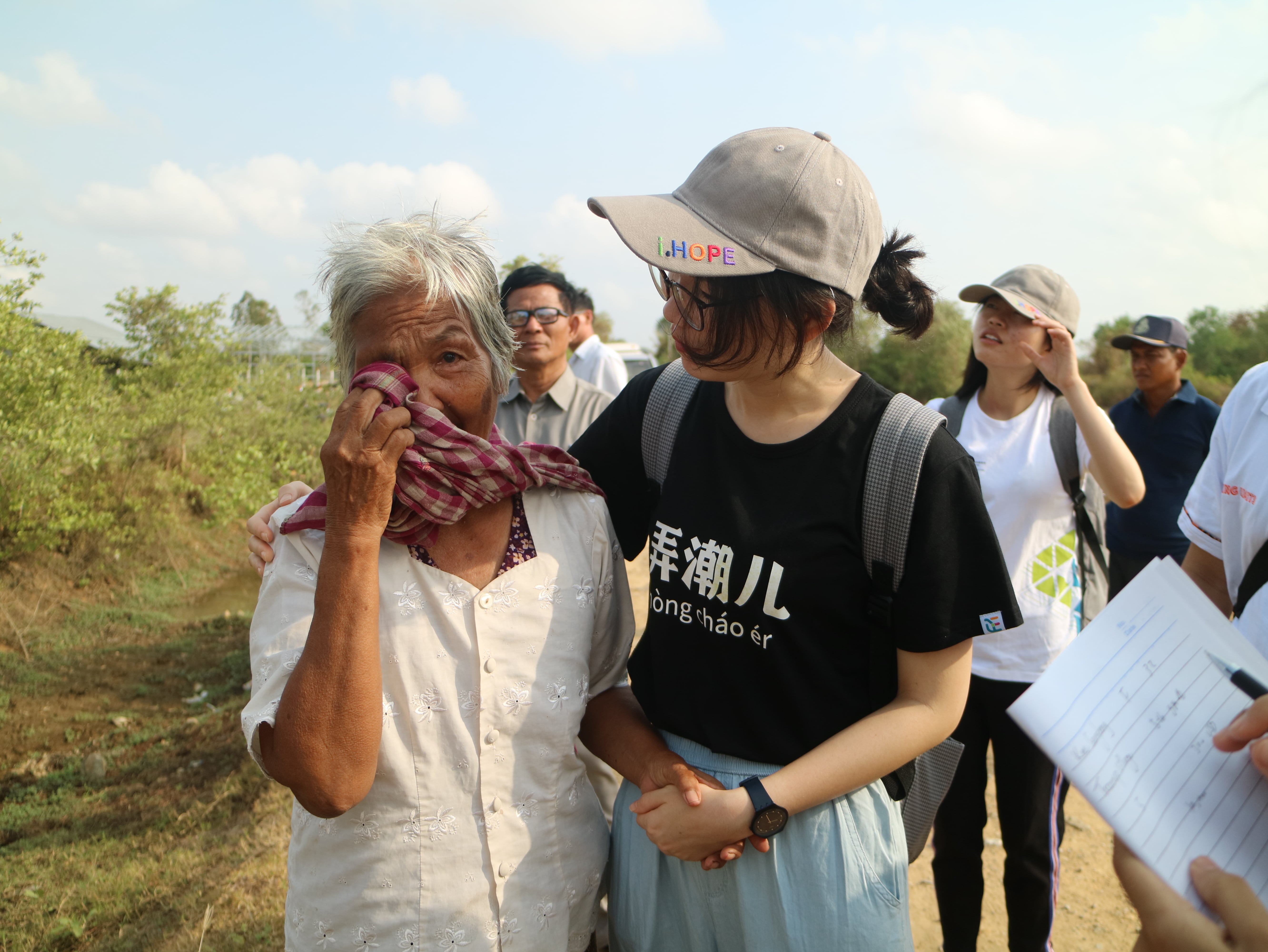 SxLM also has support from the Chinese Embassy in Cambodia. "Under the strategic guidance of leaders from both countries and the active promotion of the two peoples, exchanges and cooperation between China and Cambodia have reached an unprecedented height in various fields,” said counselor Zuo Wenxing.

“Our diplomatic relations have entered their best period in history, and we are now working to build a shared future with strategic significance of which ‘people-to-people ties’ play an important part. This visit to Cambodia has taken place at the same time as the Lancang-Mekong Week, with its SxLM brand, SFIEC has launched a number of concrete projects in Cambodia that improve people's livelihood.

“SFIEC has also innovated the overseas pro bono project cooperation model by teaching local people how to fish (instead of simply donating the fish) and exploring ways of achieving sustainable development.

“This reflects the pragmatic spirit of the 4th LMC foreign ministers' meeting and also demonstrates the active participation of Chinese NGOs in Lancang-Mekong cooperation in building a shared future with Cambodia."