SHENZHEN - The southern Chinese city of Shenzhen has set up a temporary protection area for a Bryde's whale that has been lingering in waters there for more than a month, local authorities said Wednesday. 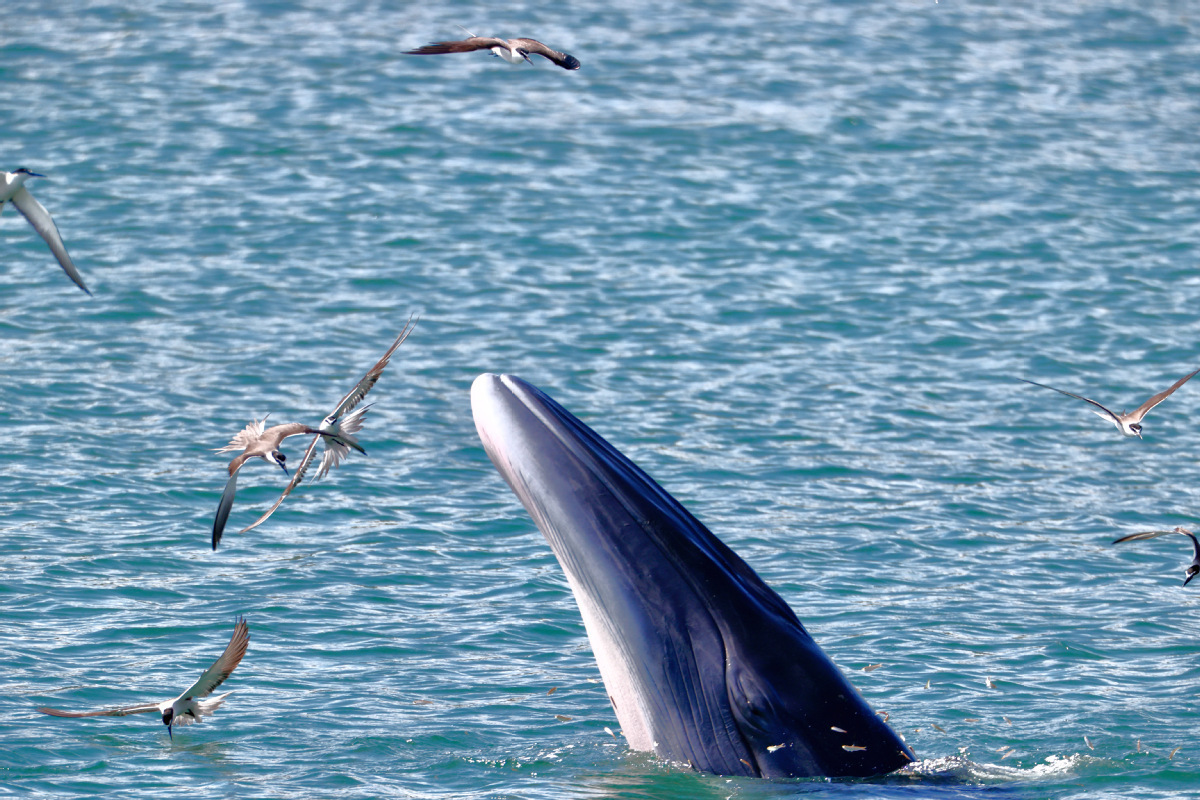 A Bryde's whale, which netizens have nicknamed Xiaobu, feeds in the waters of Dapeng Bay in Shenzhen, Guangdong province. SHI LEI/NANFANG DAILY

The area currently covers 64 square kilometers in Dapeng Bay off Shenzhen and is subject to change based on the whale's activities, according to Shenzhen municipal fishery department.

Yachts, recreational and tourism vessels, motorboats, and sailboards are banned in the area, while fishing boats are prohibited from fishing in it. Ships passing the area are asked to sail at a low speed and take precautions to avoid the whale.

The restrictive measures for the temporary protection area will be effective until the whale leaves the waters off Shenzhen.

The Bryde's whale was first spotted in Dapeng Bay on June 29. Experts said it is a subadult with a length of around 8 meters.

Bryde's whales, mainly found in tropical and subtropical waters, are marked by three ridges in front of their blowhole, a dark grey back, and a white or pink abdomen.