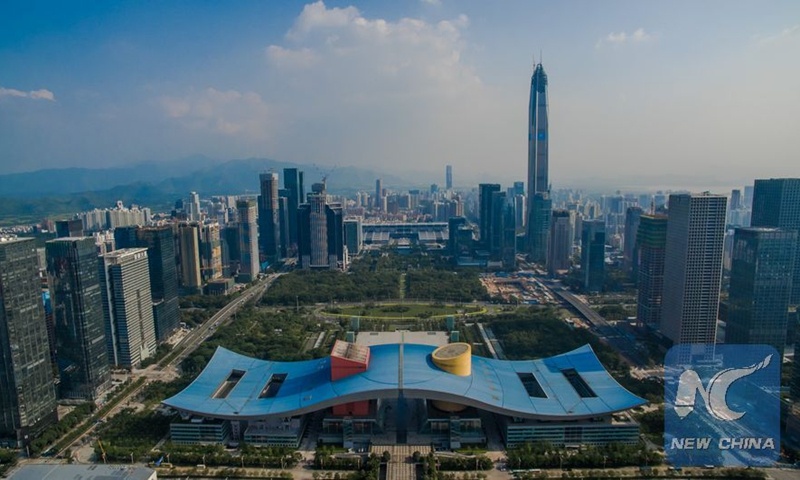 South China's Shenzhen is seeking to recruit five citizens from the Hong Kong and Macao Special Autonomous Regions into its civil service team as part of its efforts to build the Guangdong-Hong Kong-Macao Greater Bay Area.

This is the first time that Shenzhen is recruiting civil servants exclusively from Hong Kong and Macao SARs, media reported.

Chinese experts see it as a chance to strengthen the identity of being "a Greater Bay Area person" and attract talents of foreign nationality into Shenzhen's civil service in the future.

According to a notice released by the Human Resources and Social Security Department of Shenzhen government, the creation of the civil service posts are a move aimed at supporting outstanding young people from Hong Kong and Macao who love the country and love Hong Kong and Macao to integrate themselves into the country and participate in the development of the Greater Bay Area.

The posts are being offered to fresh graduates from Hong Kong and Macao who have a bachelor's degree or above, and cover five professional fields: medical supervision, administrative management, urban planning, financial supervision and foreign-related management. The Shenzhen government will recruit one person for each post.

Citizens from Hong Kong and Macao coming to Shenzhen and working as civil servants will boost Shenzhen's development and communications between the mainland city and the SARs, and foster and strengthen the identity of being "Greater Bay Area people," Liang Haiming, dean of the Belt and Road Institute at Hainan University, who closely follows the Hong Kong economic affairs, told the Global Times on Sunday.

"The opening-up of Shenzhen will not only help attract foreign talents to its civil service teams in the future, but will also help Shenzhen develop into an international innovation center," Liang said, noting that participation of citizens from Hong Kong and Macao will bring new ideas, technology and wisdom to Shenzhen and enrich the administrative innovation of the Shenzhen government.

The working locations of those posts are in Futian, Luohu, Nanshan and other downtown areas of Shenzhen, and are all a short distance from Hong Kong.

Applicants are required to be a Chinese national, and uphold the Constitution, the leadership of the Communist Party of China and the socialist system. Being a CPC member is not a compulsory requirement for the five posts, the website of the Human Resources and Social Security Department of Shenzhen government stated.

Candidates must sit a written test, and undergo a qualification review, physical test and an interview before they are recruited, according to the Shenzhen government. Application channels will be open until Thursday.

Earlier in 2020, the Guangdong provincial government announced that for the first time, the South China province will recruit civil servants from Hong Kong and Macao. But the applications were open only to fresh graduates from Hong Kong who had studied at mainland universities.

Unlike the provincial-level civil servant posts, the Shenzhen positions are open to a broader range of applicants from Hong Kong and Macao. Fresh graduates who have studied at mainland universities or universities in foreign countries can apply, according to the Human Resources and Social Security Department of Shenzhen government.