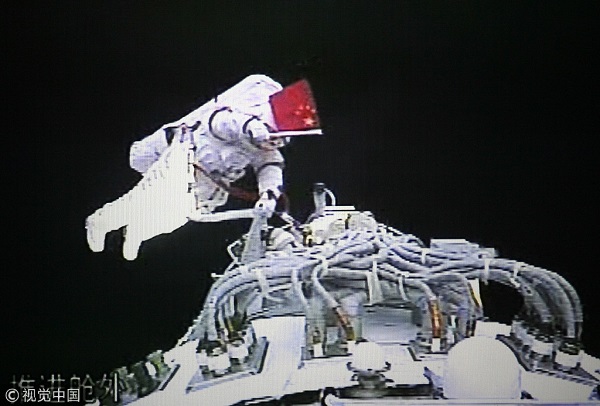 Shenzhou-7 was launched by the Long March 2F rocket at China’s Jiuquan Satellite Launch Center on September 25, 2008. The three astronauts on board were Zhai Zhigang, Liu Boming and Jing Haipeng.

During this mission, the astronauts carried out four major scientific experiments. The most prominent one was China’s first spacewalk by Zhai Zhigang. Two days into the mission, Zhai conducted a 22-minute spacewalk wearing a Chinese-developed Feitian space suit.

Zhai waved the Chinese flag after he went out of the cabin of the spacecraft with the help of his teammate Liu. Zhai’s successful experiment made China the third country in the world after the United States and the Soviet Union capable of doing spacewalks. 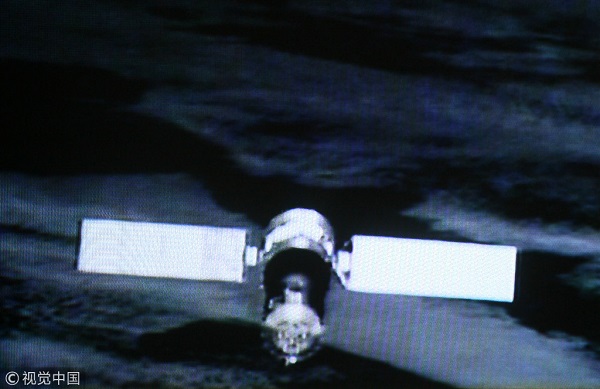 The Shenzhou-7 mission was China’s first three-person mission in outer space, and laid the foundation for China to build its own space station in the future.