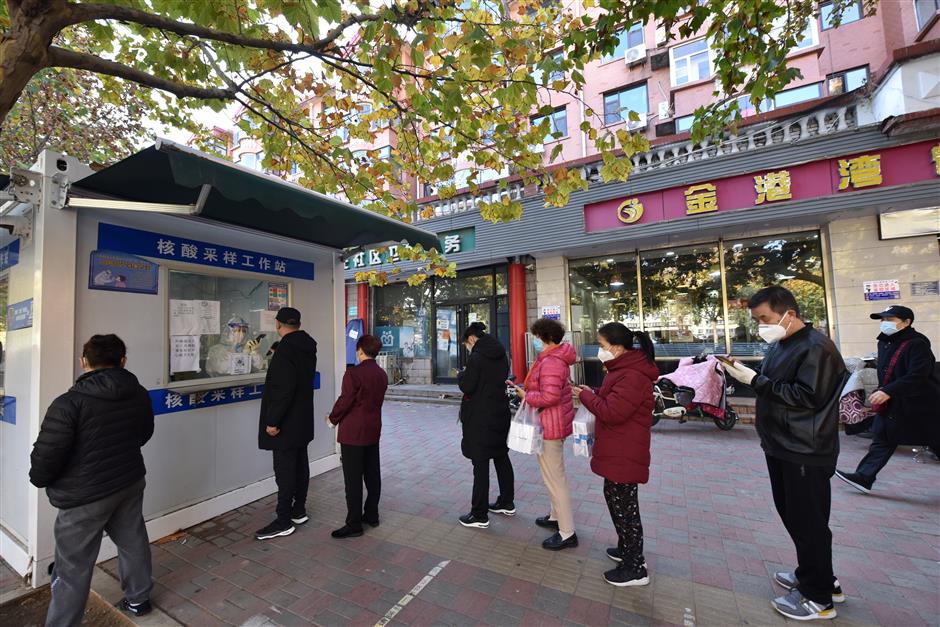 People queue up at a free PCR testing site in Shijiazhuang, the capital city of Hebei Province, on November 15, 2022. (Photo: CFP)

Shijiazhuang will reopen some of its free nucleic acid testing facilities to meet the demand after Hebei Province's capital city declared it would no longer conduct citywide testing and closed some of them.

The number of testing sites will be adjusted based on demand in the following days, with at least 30 in each district, for the time being, the city's pandemic control headquarters announced yesterday.

The notification also urged local governments not to broaden the scope of mass COVID-19 testing if the source of infections and transmission chains remain unclear.

Shijiazhuang officials had stated earlier that there would be no more citywide nucleic acid testing. Instead, testing will be administered exclusively to selected or high-risk groups.

Shijiazhuang Party Secretary Zhang Chaochao said that the city's COVID-19 prevention measures were being moderated to comply with the central government's new measures. It was not "lying flat" or "completely opening up," he clarified in a visit to a local university yesterday.

Some common cold medicines are currently out of stock in Shijiazhuang because people are stocking up.

The pharmacy will restock more medicines in the coming days, the staffer said.