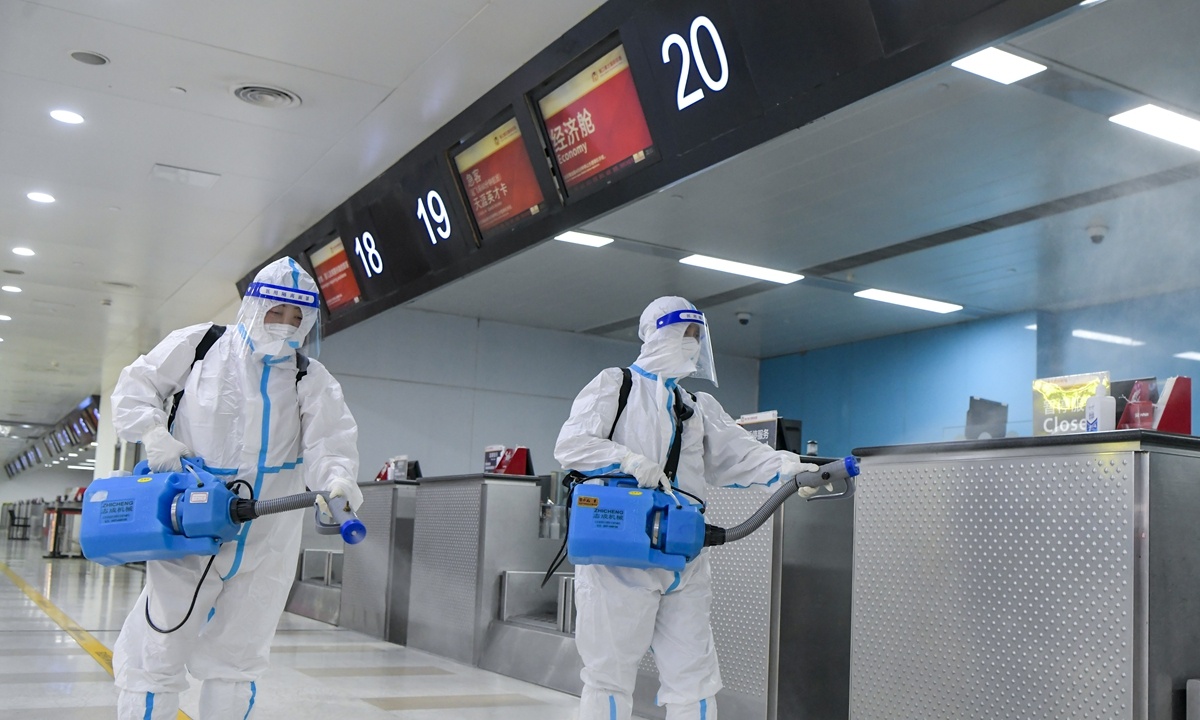 A new outbreak of COVID-19 infections has cast a shadow over Chinese aviation industry. As of Thursday, China had designated 139 medium-risk and 27 high-risk areas based on the number of new infections, and multiple airports including Nanjing, Yangzhou, East China's Jiangsu Province had been closed forcing airlines to cancel a large number of flights due to the travel restrictions around the country.

Will the new wave of the epidemic cause heavy losses to the aviation industry?

According to the statistics of information provider VariFlight, 27 domestic airports with 10 million passenger trips cancelled more than 10,000 flights on August 6, among which Nanjing Lukou airport having seen no in or outbound flights since July 26, while Zhengzhou Xinzheng airport and Xiamen Gaoqi airport have canceled more than 80 percent of scheduled flights.

The dynamic situation has hit the bottom lines of China's major commercial carriers.

According to qunar.com, refund applications through the platform on August 4 reached 10 times the usual number, more than the traffic during the 2021 Spring Festival holiday, representing a huge hit to airline cash flow.

In order to prevent and control the spread of the epidemic, more than 30 provinces have issued travel reminders suggesting no leave the province or the city unless necessary or reducing movement between provinces or cities, a measure which has further dampened airline demand, prematurely ending the summer travel season. In other words, the travel and tourism sector faces another year of record low income.

Although the epidemic hurts the airlines industry in the short term, it will not cause permanent damage to China's civil aviation.

According to public information, civil aviation and China's disease control system have put in place world-leading preventive measures, with a record-breaking vaccine rollout providing the sector with increased long-term certainty. It is believed that the civil aviation market will gradually return to normal over the second half of August.

The civil aviation industry, which is undergoing profound transformation unseen in a century, will face uncertainty in the external environment in the foreseeable future. It requires the industry to enhance risk awareness management, maintain stable development while seizing strategic opportunities, in order to improve the construction of emergency response systems, establish emergency coordination mechanisms and measures to cope with major public health events.

At the same time, airlines can make full use of the strategic opportunity period to accelerate their digitalization process, including creating a new civil aviation service experience by advanced technology and promoting new intelligent technologies and applications like facial recognition, in order to enhance the competitiveness of the industry and better serve the needs of people's better life. 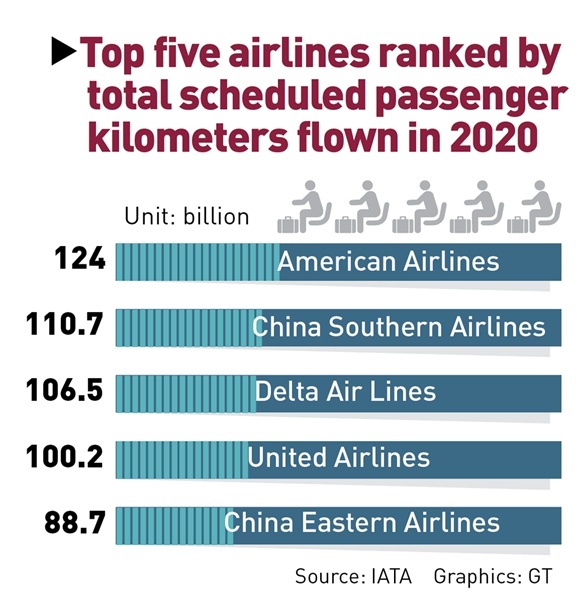 The global airline industry carried 4.5 billion passenger trips in 2019, but only 1.8 billion in 2020, according to a previous report released by Cirium, an aviation data analysis firm. Additionally, air travel passenger traffic in 2020 slipped to that of 1999, in other words, 21 years of industry growth was offset due to the epidemic, the IATA said in its report.

As a result of strict immigration controls still in place across many countries, coupled with the call for people to stay home and go out as little as possible during the epidemic, a large number of international and domestic flights were canceled or greatly reduced its frequency. For example, at the height of the epidemic in China in the first half of last year, the number of flights on the Beijing-Shanghai route, which typically accounts for more than 60 pairs of flights per day, was reduced to one-tenth of this volume, while the number of flights on the trans-Pacific and trans-Atlantic routes was reduced to a trickle.

However, China became the largest domestic market for aviation for the first time in 2020, due to a rapid rebound in the domestic aviation market after the outbreak of COVID-19 was brought under control.

Qingdao Jiaodong International Airport officially implemented the transfer of operations on Thursday, designed to operate at the same level as Beijing Daxing International Airport and Shanghai Pudong International Airport, both of which are the highest 4F class in domestic civil aviation. The airport, located at East China's Shandong Province, is one of the first 18 "intelligent airport" demonstration projects. It is planned that by 2025, the airport can facilitate 35 million passengers, 500,000 tons of cargo and mail throughput and 300,000 aircraft movements each year.

Airbus delivered 47 aircraft to 32 global customers, of which, Chinese airlines, including China Southern Airlines, Air China, and Shenzhen Airlines all received their aircraft in July, a vote of confidence in the Chinese airline industry.

However, China's airlines will continue to face the impact of declining passenger traffic caused by the tightening of epidemic prevention policies whenever and wherever new flare-ups occur.