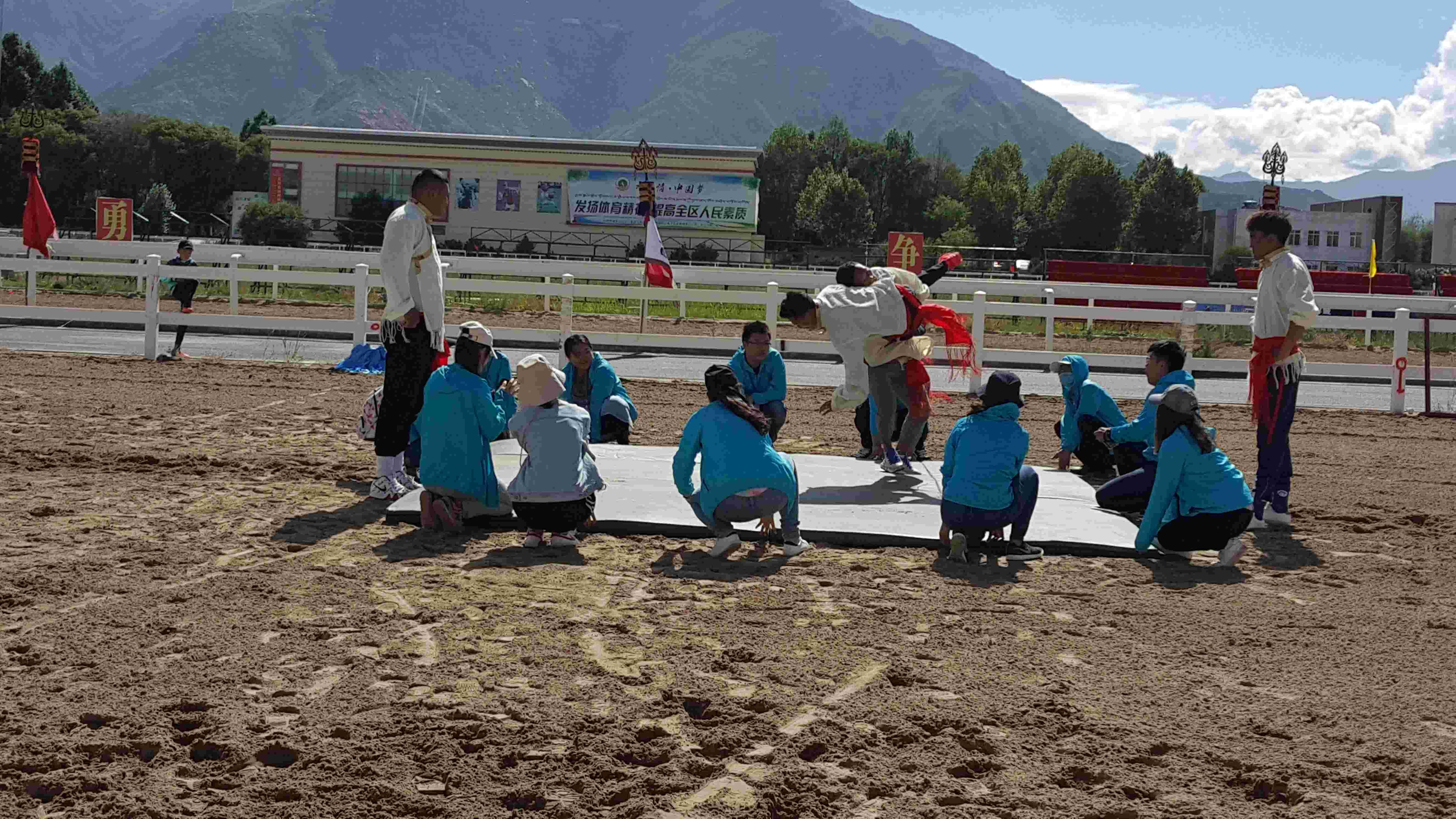 A wrestling competition before the equestrian show. (Photo: CGTN )

The traditional equestrian show is a game for the brave during the ongoing Shoton Festival, or Yogurt Festival, which is held annually in Lhasa, capital of the Tibet Autonomous Region.

A group of top-level horsemen from Lhasa wowed the crowd with all kinds of equestrian feats on Monday, including speed racing, dancing on horseback, and even making handstands on galloping horses.

There were some traditional sports such as whistle arrow and wrestling ahead of the horsemanship show. Altogether, about 20 events were showing throughout the day.

Tenzin Lanser is one of the most experienced equestrians. He participated in two horsemanship events this year, including the most famous “human pyramid” on horseback.

“My horse just started ‘cooperating’ with me from last year. He is a little nervous today, and I need to keep communicating with him," Tenzin told CGTN.

The horse has played an important role in the lives of the Tibetan people since ancient times. It used to be the only means of transportation, but with social and economic development, its original function has been gradually replaced, but Tibetans’ love for the animal has never faded. Horse racing and horsemanship shows are still frequently held in different areas inhabited by the Tibetan people across China, especially during important ethnic festivals.

Tenzin said the government is also showing great support to the development of the sport, such as improving related facilities.

“I am confident that the tradition can be passed down to many of the younger generations since they don’t have many opportunities to ride a horse,” he added.

Shoton Festival is held on the last day of June of the Tibetan calendar, which usually falls in mid or late August in the general calendar, and lasts for a week.

The local government is trying to incorporate some modern elements, such as fashion show featuring Tibetan-style costumes.