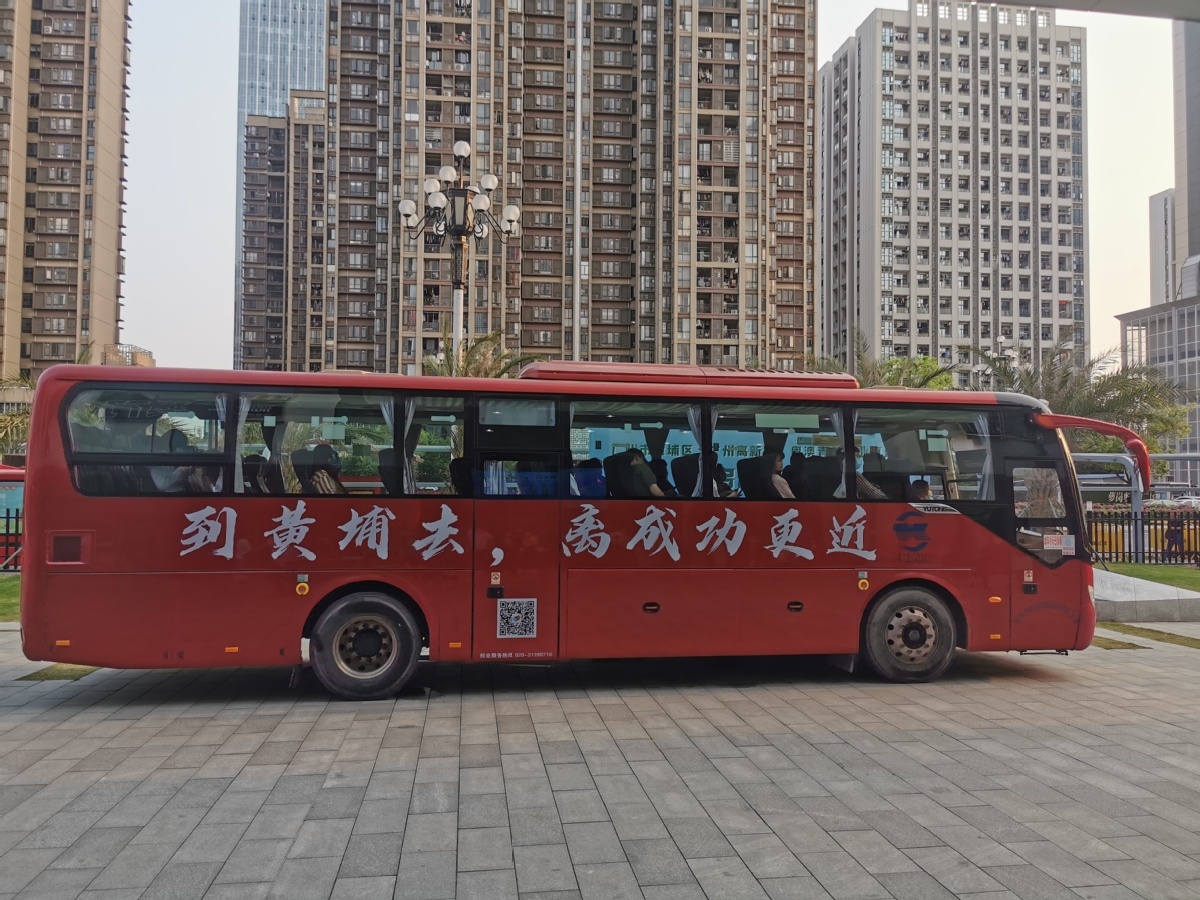 The bus departs at 9 am daily from the Gongbei checkpoints in Zhuhai, which borders Macao. They go to an innovation and entrepreneurship center for Macao workers in Huangpu. The trip takes about two hours.

The return trip leaves Huangpu district for the Gongbei checkpoints at 6:30 pm daily.

"The shuttle bus is of great significance for doing business in the Guangdong-Hong Kong-Macao Greater Bay Area," said Kevin Ho King Lun, president of the Industry and Commerce Association of Macao.

Huangpu district, in the eastern part of Guangzhou, has become a destination for startup businesses in the Bay Area in recent years. The Huangpu government teamed up with several associations to establish the innovation and entrepreneurship center, which has so far attracted 58 businesses from Hong Kong and Macao.