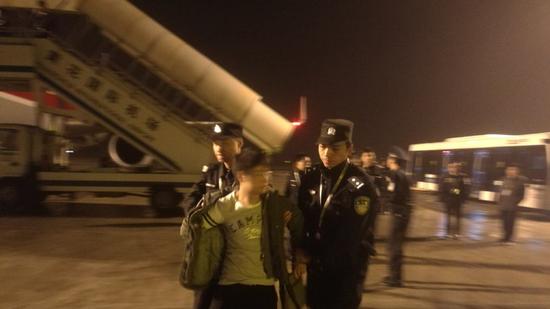 Early Chinese media reports indicate flight 8952 was hijacked at 8:45 PM, and the situation was safely brought under control within minutes.

Hunan police department later explained that the incident was not a hijack, but was carried out by an individual with mental problems.