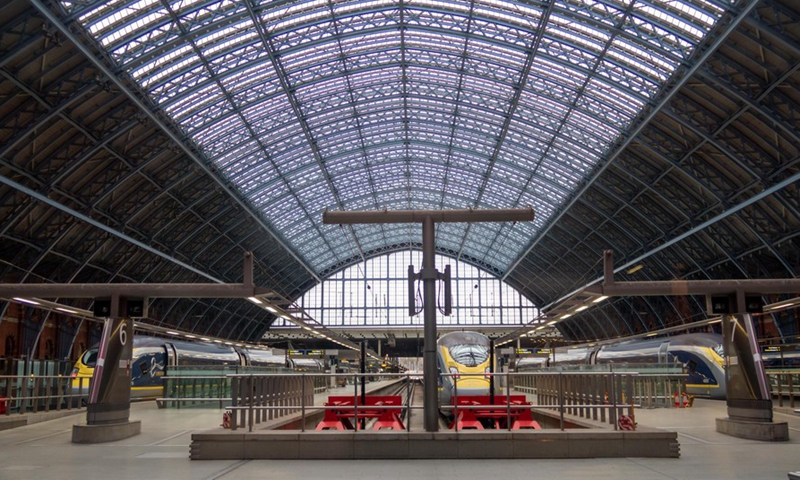 Speculation is rising that China may cancel inbound flights from the UK amid the worsening COVID-19 situation there, after China's Sichuan Airlines suspended flights on a UK-China route with a stopover in a third country from Wednesday.

Nonetheless, experts expressed confidence in China's control of imported COVID-19 infections, saying the country is capable of handling any situation, with or without a travel ban.

Compared with the panic and anxiety at the beginning when COVID-19 swept the UK in March, the overseas Chinese community in the UK is responding with a calmer attitude, with many deciding to stay instead of making every effort to return home.

Alice Sun, a Chinese working and living in London, told the Global Times on Wednesday that many people chose to stay, considering the infection risk on the trip and limited international flights.

"The COVID-19 resurgence has happened now and then this year ... the way back home is not very smooth," she said. "Although many Chinese are frustrated by not being able to return, they are now getting used to the new normal."

Such a calm attitude comes from knowing how to protect themselves amid the flare-ups by applying epidemic control practices, like wearing masks, keeping social distances and avoiding gatherings, some overseas Chinese told the Global Times.

Therefore, faced with the new variant in UK, they are not worried or rushing to return home, the Global Times learned.

As the UK was swept by the new variant, UK Prime Minister Boris Johnson announced on December 19 a Tier-4 lockdown of London and large parts of southern and eastern England, the toughest restrictions to prohibit travel and gatherings.

Under the new T4 policy, dining and entertainment venues in London are closed, but key stores are still open, such as post offices and supermarkets, Sun said.

So far, more than 40 countries and regions have decided to suspend flights from the UK or impose stricter entry policies on arrivals from the UK, as the new variant was found up to 70 percent more transmissible.

However, Chinese experts believe that China does not have to cut all flights from the UK or further tighten travel policies, as China's epidemic control measures on preventing infections from overseas have been very strict and achieved good results.

"At present, it's mainly only Chinese nationals who can return to China and they need to go through strict testing and entry quarantine, which has done enough for the prevention and control of any imported epidemic," said Wang Guangfa, a leading Chinese respiratory expert at Peking University First Hospital in Beijing, who believes that China's further tightening of travel policies for the UK would be "unnecessary."

"If the mutated virus detected in the UK is imported into China, it will indeed bring new challenges to prevention and control of the epidemic," Wang Peiyu told the Global Times on Wednesday. "But for now, nucleic acid testing, serum antibodies and vaccines will continue to be effective against the variant, so it should not cause undue problems."

A Chinese student surnamed Hong, who is studying in Edinburgh, told the Global Times that "as the situation in the UK remains unclear, it is neither safe nor responsible to make international trips right now."

Chen, a 27-year-old Chinese who has been living in London for over four years, also decided to stay. Yet she still worried that China would cancel all flights between the UK and China, because she hasn't been home for about 18 months, and she wants to see her parents.

"We do understand and support China's efforts to get the epidemic under control. I hope there will be a compromise to solve the issue," she said.

When asked about the latest China-UK travel policy, Air China, one of China's biggest airlines, confirmed that it has not yet received any notice on flight cancellations, but it added that current flights are subject to any changes caused by government policies, which is "highly likely to happen."

As of press time, except for Sichuan Airlines, airlines in China had not announced any adjustments on UK-China flights.