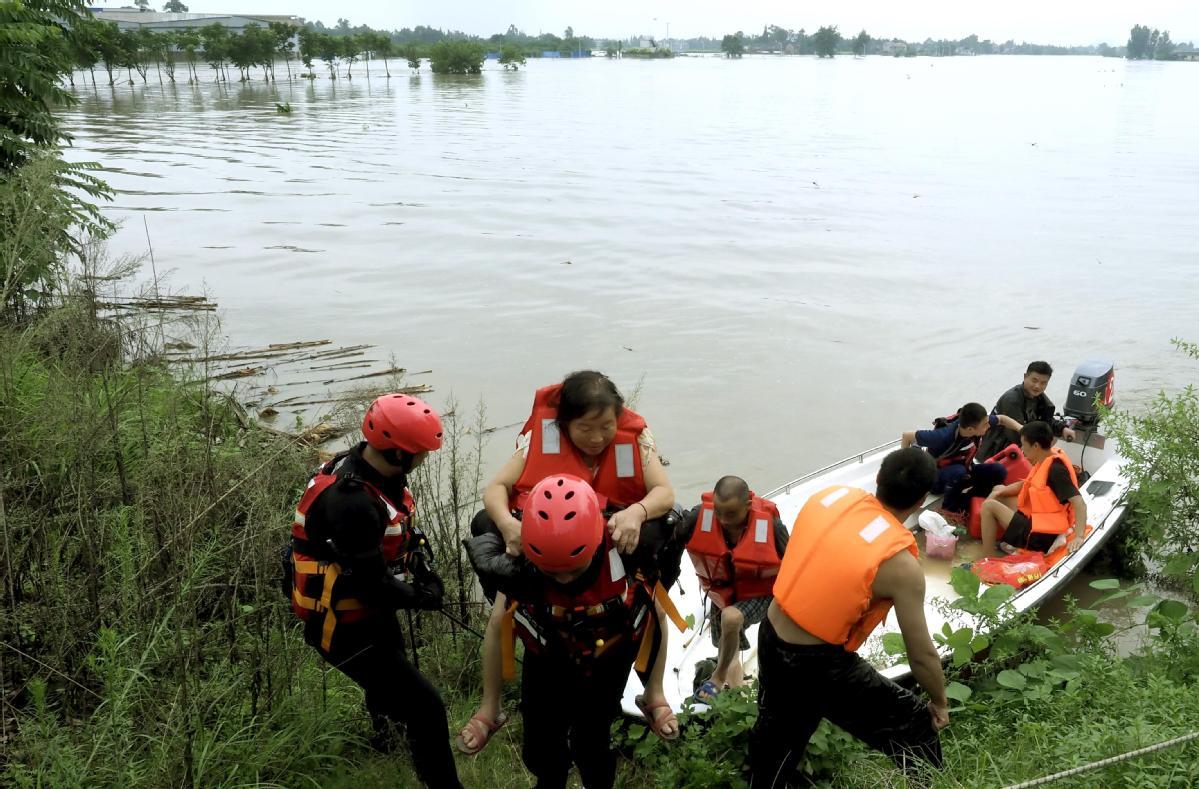 A total of 119,780 people had been relocated by Monday in Neijiang, Sichuan province, following rain-induced floods.

In Zizhong, a county under the administration of Neijiang, the rising water levels in rivers in many towns exceeded the level in 2018 when an extraordinary flood peak passed, said Zhou Sheng, Party chief of Guide town.

In the wee hours of Monday, the Tuojiang River, a tributary of the Yangtze River, overflowed the dike in the town.

At 11 am on Monday, Neijiang issued an orange alert for floods, and 14 leading officials headed by the city's Party secretary Ma Bo went to different disaster-stricken areas to direct rescue and relief operations.

China has a four-tier, color-coded disaster warning system, with red representing the most severe, followed by orange, yellow and blue.

China's national observatory on Monday continued to issue an orange alert for rainstorms in several provinces and regions.

From 2 pm on Monday to 2 pm on Tuesday, torrential rain and rainstorms were expected to lash parts of the Sichuan Basin. Certain western areas of the basin would experience downpours, the National Meteorological Center said.

Sichuan's flood control and drought relief headquarters on Monday upgraded its flood-control response to Level II, the second highest in the four-tier emergency response system for floods, from Level III initiated on Saturday.

The upgrading came in the aftermath of excessive rainfall that swelled rivers. The water level of 32 rivers in the province exceeded their warning lines on midday on Monday.

Heavy rain also wrought havoc in the Sichuan capital of Chengdu, resulting in the evacuation of more than 1,000 people on the weekend from the Tianfu New Area in the city as well as five districts, two cities and one county under the city's administration.