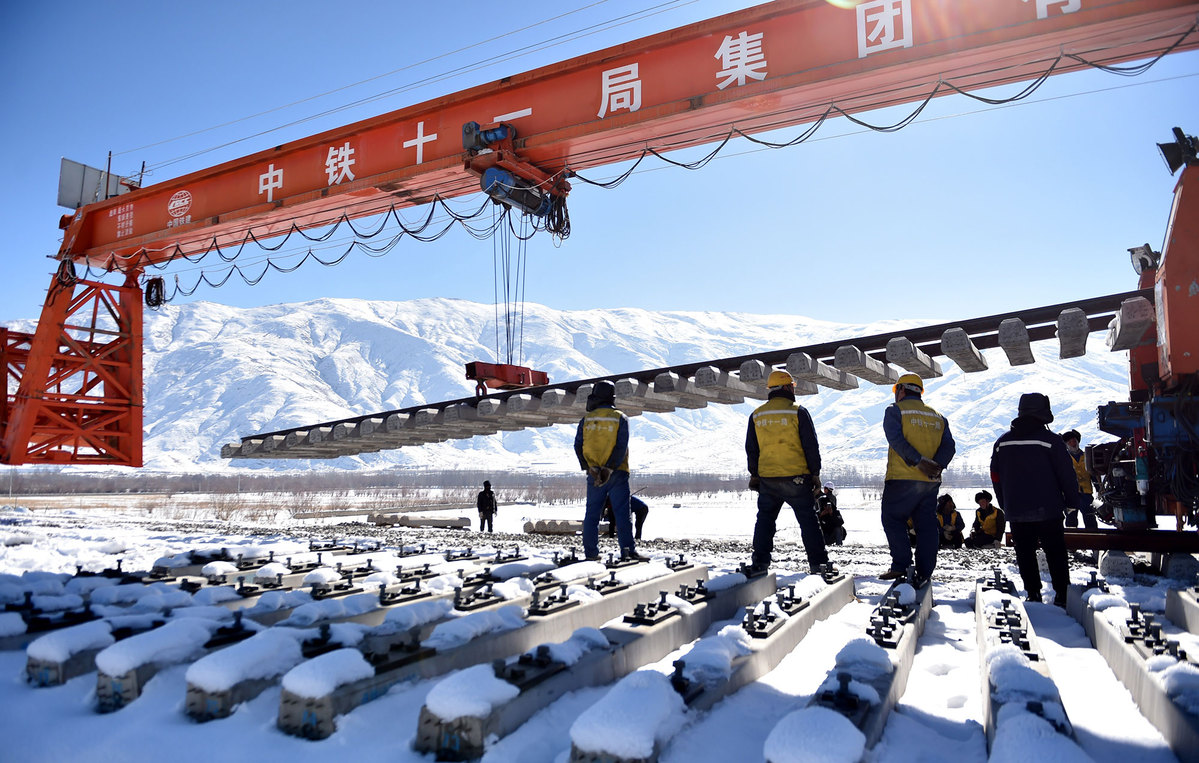 The Sichuan-Tibet Railway under construction in January. Work on the Chamdo section is expected to begin in June, 2019. (Photo: Xinhua)

The Sichuan-Tibet Railway, the second railway line linking the Tibet autonomous region to other parts of China, will operate high-speed trains with a designed running speed of 200 kilometers per hour, thecover.cn reported.

China Railway Eryuan Engineering Group Co Ltd, which is designing the line, revealed a draft plan on Wednesday that trains on the whole Sichuan-Tibet line will travel with a designated speed of 200 km/h, with some segments limited to 160 km/h.

The 1,600-kilometer-long line under construction is designed to start from Chengdu, pass through Ya'an and Kangding, then enter Tibet via Qamdo and end at Lhasa. The 140-kilometer Chengdu-Ya'an high-speed railway, which serves part of the Sichuan-Tibet Railway, started operation last year with a maximum speed of 200 km/h.

The Ya'an-Nyingchi section is believed to be one of the world's most challenging railway projects to build, as it will traverse the southeast portion of the Qinghai-Tibet Plateau, which has intricate and difficult geological conditions.

Previous reports said that 80 percent of the Sichuan-Tibet Railway will consist of tunnels and bridges, and the cumulative ascent of the line will exceed 16,000 meters, which is equivalent to double the height of Qomolangma, the world's highest mountain also known as Mount Everest.

When the line is completed, the travel time by rail between Chengdu and Lhasa will shorten from 48 hours to about 13 hours.