Zhang Qin, a girl from a poverty-stricken family that used to live in the remote mountains in Southwest China’s Guizhou Province, moved to the new village at the center of Lunhe Village, Weining Yi Hui and Miao Autonomous County, Bijie, in 2018. 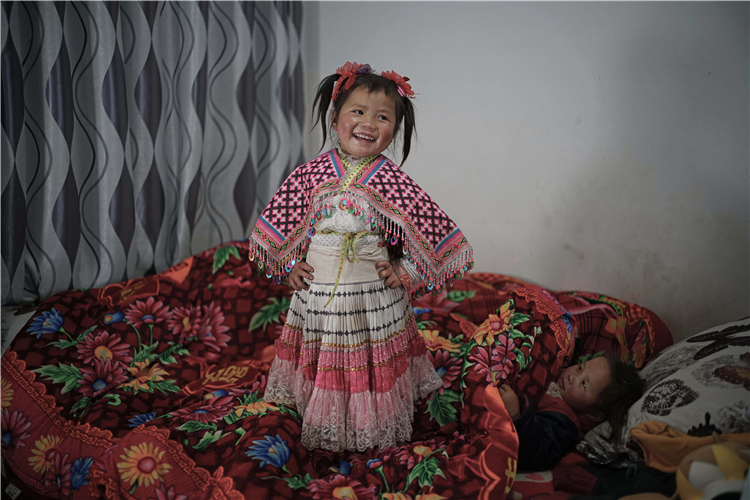 Zhang was one of the “left-behind” children whose parents have left rural areas to become migrant workers in towns or cities. With the implementation of targeted poverty alleviation, the lives of “left-behind” children in Bijie, Guizhou Province, have experienced significant changes as parents who used to work in towns and cities gradually returned home and got employed, staying together with their families.

Zhang and her sister are now looked after at home by their mother, living in their own bedrooms with new beds. Zhang’s father works with a local poverty-alleviation project. 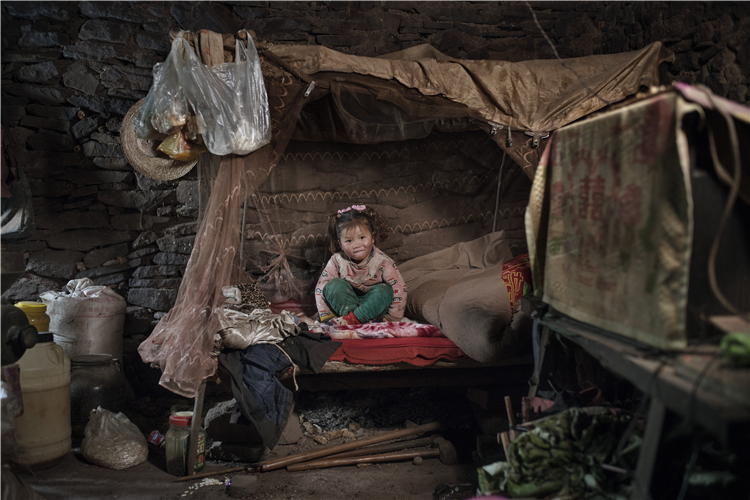 "Over the past 30 years, under strong leadership of the CPC Central Committee and with support across all walks of life, significant changes have taken place in Bijie Trial Zone, as it has become a model of the country's poverty alleviation drive," Chinese President Xi Jinping said.

All 120 households targeted for poverty alleviation in the Lunhe Village have accomplished relocation, 26 of which moved to relocation sites in the county and 94 moved to the new village at the center of Lunhe Village.

With less than three years left on the nation's timetable to build a moderately prosperous society in all respects by 2020, Xi called for prime resources be allocated and precise efforts to ensure the region wins the battle against poverty in a timely fashion.