CHINA Signs of life in rescue for trapped mine workers

Signs of life in rescue for trapped mine workers 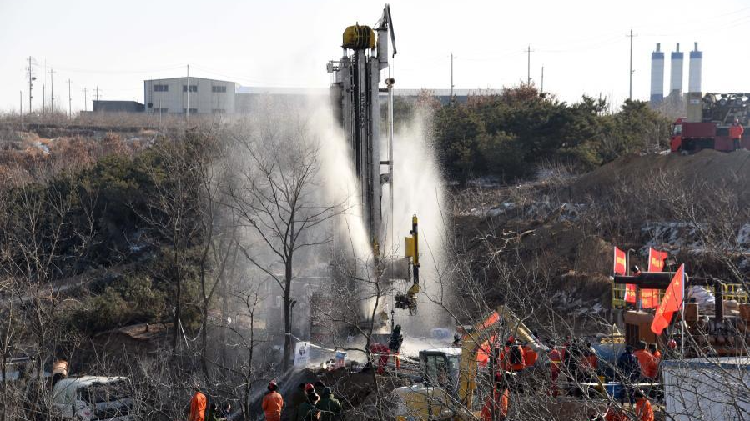 Rescuers work at the explosion site of a gold mine in Qixia City, east China's Shandong Province, January 17, 2021. (Photo: Xinhua)

There were signs of life signals, but rescuers needed confirmation in a rescue attempt for trapped workers after a gold mine blast in east China's Shandong Province, authorities said on Sunday.

As they drilled a channel at 1:56 pm on Sunday, rescuers knocked on the drilling pipe and got knocking sounds back in response.

The rescuers would deliver nutrient solutions and put life detectors and wired telephones into the mine as soon as possible, said Sun Shufu, an official with the emergency management department in Yantai City.