The Sackler Archaeological and Art Museum of Peking University has launched its annual exhibition. Entitled “Thousands of Mountains and Colors – Special Exhibition of Silk Road Civilization,” the exhibition is being held from November 1 to February 28, 2020.

The exhibition highlights the theme of cultural exchanges in Xinjiang by exhibiting Han and Tang dynasty artifacts unearthed in Xinjiang, presenting the diverse civilizations of Xinjiang in history. 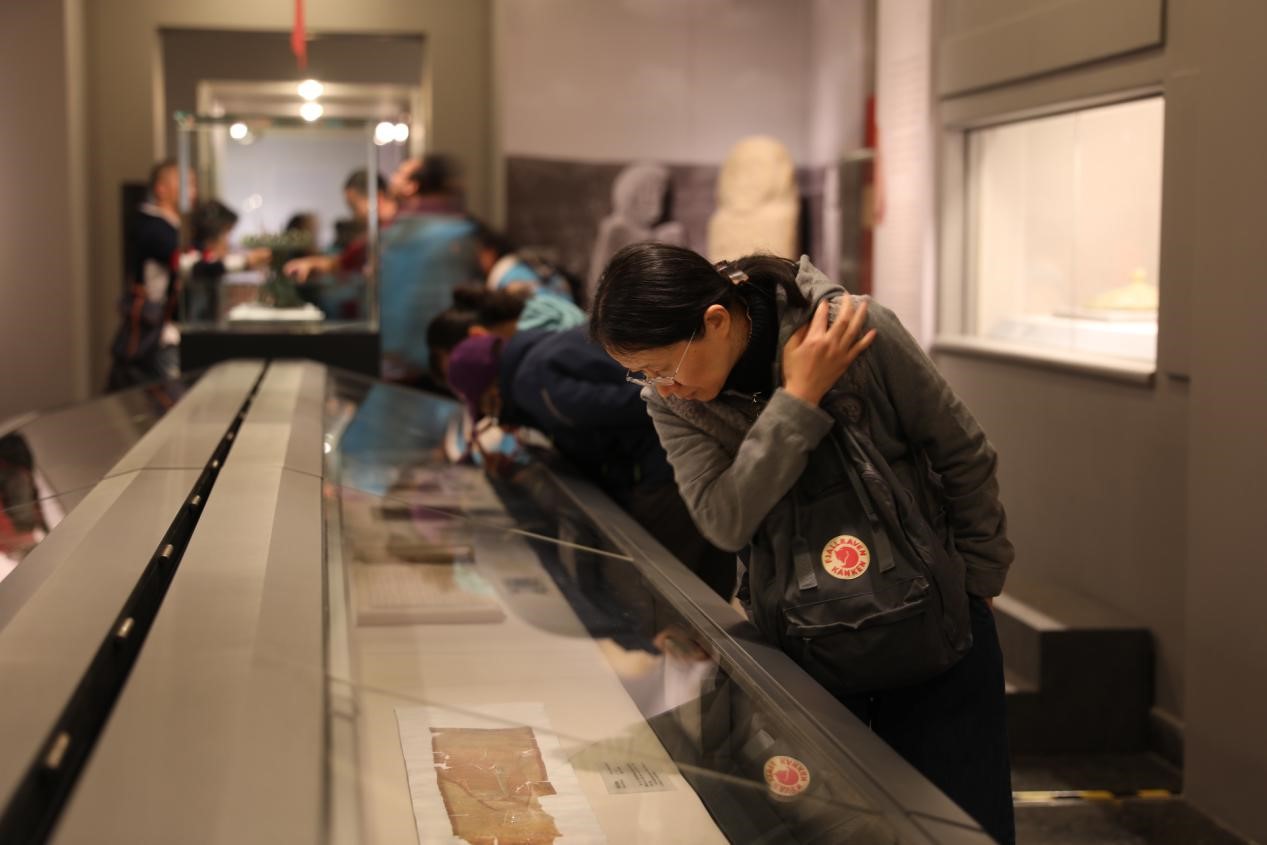 Based on the history of Xinjiang and the Silk Road, this exhibition is divided into three chapters.

In the first chapter 40,000 years ago, human activities occurred in Xinjiang. Xinjiang is closely related to today's northwest Gansu and Henan provinces, and has extensive links with the Asian and European grasslands. Xinjiang has played a key role in the spread of technology in metallurgy, crop planting, and animal domestication.

The second chapter dates back to 770 BC. Nomadic tribes in the steppe of Xinjiang and the cities of the desert oases gradually developed, and formed many regional cultural groups in the Altai Mountains, and the northern foothills of the Snow Mountain. Those groups include the Congling (now Pamirs), Qiuci, Yanqi, Yutian, Gaochang and Shule.

The third chapter dates  to 60 BC. The Western Regions Frontier Command was established, governing the southern and northern parts of the Snow Mountain. Xinjiang was officially incorporated into  Chinese territory. Since then, the central government set up military and political institutions in the Western Regions, which had a profound influence on social, economic and cultural life.

The highlight of the exhibition is the "Mummy of Xiao-he.” The body was buried in the No. 11 tomb of Xiao-he Cemetery. She is an adult 152 centimeters tall, with deep eye sockets, linen eyelashes, a high nose, beautiful face and plump figure. The whole body was covered by a creamy white slurry which was cheese.

The exhibits come from several major tombs in Xinjiang. These tombs are mainly from the Han people, and there are also minority residents such as the Jushi, the Turks, the Xiongnu, the Gaoche and the Zhaowu. This shows that the main ethnic group of the Gaochang Kingdom was the Han, and all ethnic groups are equal.