HEFEI, June 8 (Xinhua) -- Standing on the bow of the boat, Xiao Lyuying, an ex-fisherman on the Yangtze River, skillfully scooped up a plastic bottle with a fishing net while another boatman steered the boat. 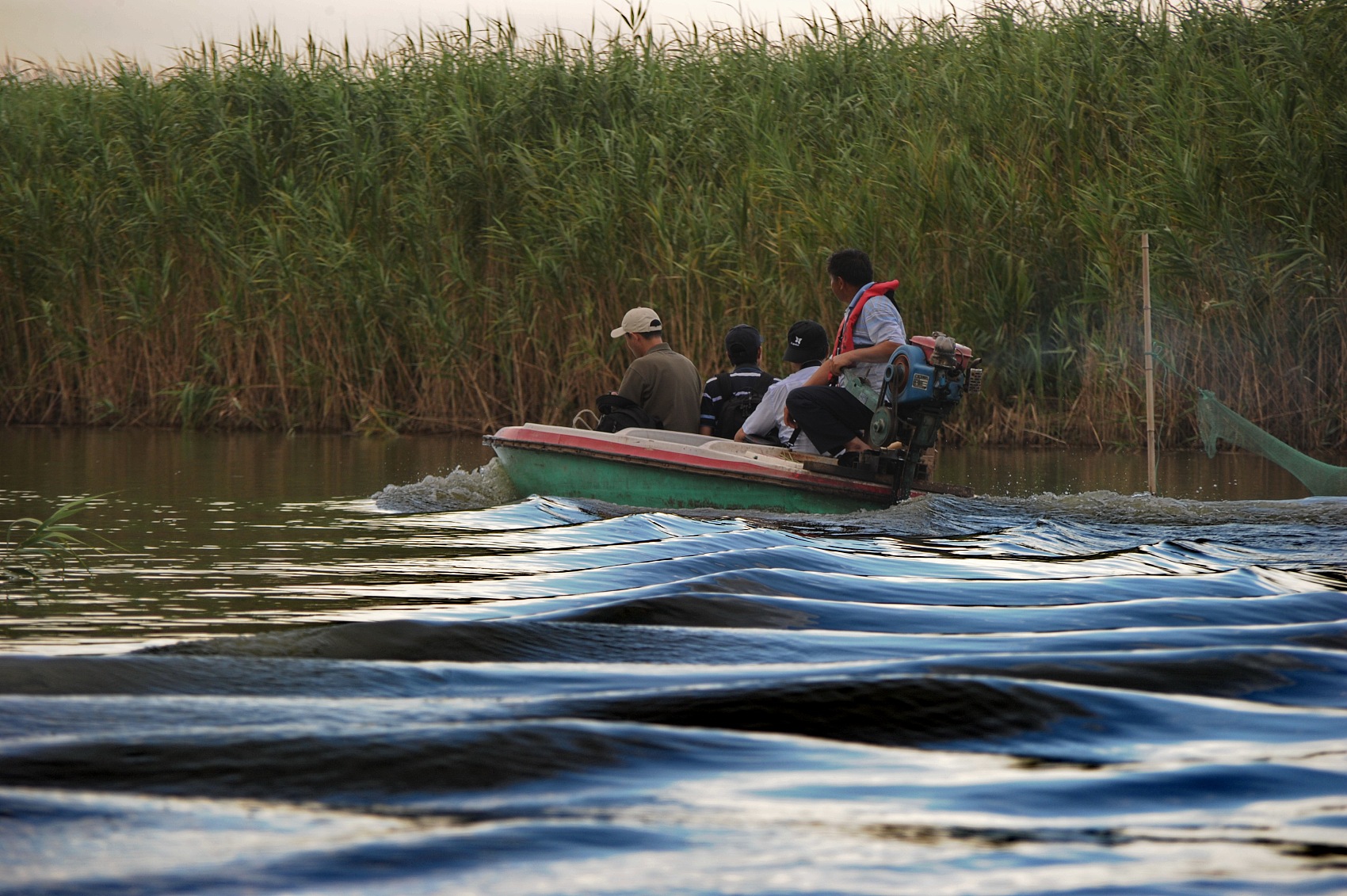 "The coming flood season will see a surge in floating trash and we are going to enter the busiest time of the year," said 75-year-old Xiao.

Xiao was the vice-captain of a team of volunteers engaged in cleaning floating trash from the Yangtze River. The team, formed in 2019, comprises of more than 50 local ex-fishermen aged over 60, on the average.

"We have lived along the Yangtze River since childhood and want to do our part in protecting it while we are still hale," said Xiao from Qunxin Village in the city of Tongling, east China's Anhui Province.

According to Xiao, many fishermen chose to join the voluntary team due to their attachment to the river after coming ashore.

Ma Mingsuo, 60, has been fishing for more than 40 years. He bid farewell to his fishing boat and gear as the waterway, where he used to fish, outlawed fishing for the protection of finless porpoises at the beginning of 2019.

A year later, the Chinese government pushed for a 10-year fishing ban in 332 key areas of the Yangtze River to protect biodiversity in the country's longest river.

Upon ending his fishing career, this old fisherman turned to apply his sailing experience to protecting the mother river.

"I have been staying on the boat for nearly my whole life and it's good that my skill can still be used to clean the garbage in the river, which will also benefit my descendants," said Ma.

Each month, this voluntary team patrols 15 km of waterway thrice, between early morning and late afternoon, collecting trash and patrolling to prevent people from fishing on the river.

"There are no other fishing boats besides the ones that collect trash now. Declining with the number of fishing boats is the volume of garbages," said Xiao.

The trash collected by the team is sent to the garbage disposal station on the shore, while the recyclable waste such as plastic bottles is sold.

In over a year, the team of volunteers grew from 13 members to over 50. As of now, they have cleaned over 50 tonnes of floating waste.

Besides garbages in the river, the team was also in charge of cleaning garbages and patrolling the Tiemao isle of the village. The isle, with an area of over 2,000 hectares, was once clustered with crops that local farmers grow.

Last year, farmers had to cease farming in the region to restore the area to a wetland, in an effort to protect the finless porpoises.

Despite paying some prices due the fishing ban and restoration plan of the wetlands, local villagers deemed the efforts worthwhile for the long-term benefit of the Yangtze River, according to the team.

"We will continue to protect the Yangtze River until we are too old to steer the boat as it's a career deserving our time and energy," said Xiao.