Silver lining of an aging population 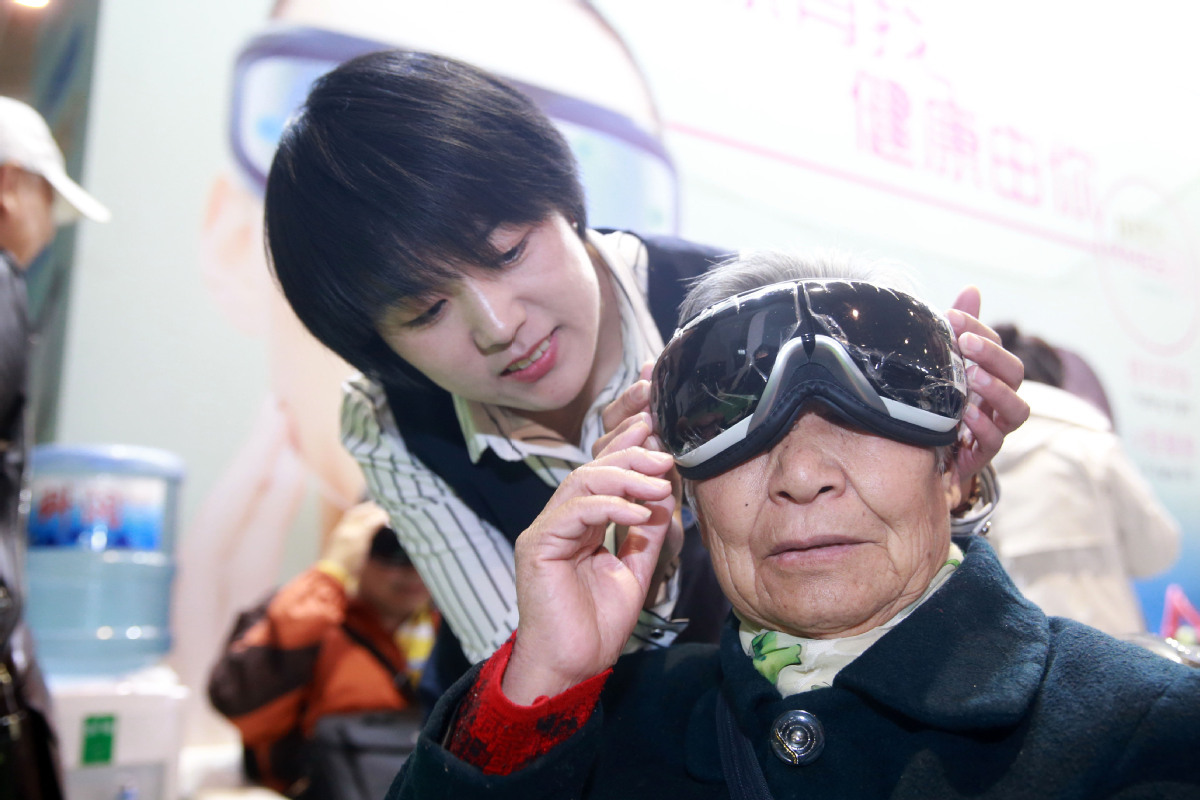 A woman tries safety eyewear with the help of an assistant at the China International Exhibition of Senior Care, Rehabilitation Medicine and Healthcare in Beijing in March. (Photo: China Daily)

The first wave of workers to benefit from China's reform and opening-up in 1978 has reached retirement age. And many of them are more interested in spending their money on themselves than keeping it for a rainy day.

Ke Shichang, 61, who retired last year, said he is busier now than when he was working.

His days are filled with hiking, attending lectures and participating in various pastimes in the coastal city of Dalian, Liaoning province.

He also keeps busy shooting and producing videos, and sharing them online.

Ke spends a lot of time on his videos and is motivated to produce more of them when they attract many likes. Some of his video clips have been viewed more than 200,000 times.

"You can't slack off after retirement. You still have to pursue something to keep your vitality," he said.

Thanks to the continuous improvements in people's living standards, more Chinese senior citizens, like Ke, are pursuing their own interests. Rather than taking care of their grandchildren or haggling at the supermarket, they prefer singing at karaoke bars, dancing in park squares, traveling, learning new skills at a community college or even having cosmetic surgery.

Wang Jinying, 56, is delighted when she's told she looks younger than her age after having surgery to remove spots on her face. "It cost just 5,000 yuan ($721) and has brought me so much happiness. I should have done it earlier," Wang said, adding that she is thinking of having bags under her eyes removed.

By the end of 2018, there were more than 249 million people age 60 or above in China, accounting for 17.9 percent of the total population, up 8.59 million from the previous year, according to the National Bureau of Statistics.

The elderly consumer market has huge potential in China.

Wang Qiao, a professor at the China Academy of Social Sciences' Institute of Population and Labor Economics in Beijing, said the new generation of retired people, especially the well-educated and market savvy, are taking the initiative in deciding what to spend their money on.

"They're paying more attention to safety, quality, convenience and intelligent products, and are more willing to spend money on themselves," Wang said.

The rapid development of online apps-such as taxi hailing and food delivery services and online shopping-are providing more spending options for seniors via smartphones and computers.