Earlier this week, demonstrators paralyzed the Hong Kong International Airport in continued opposition over the Extradition Bill introduced in June.

One traveler, Jesline Teo, handcuffed her bag to herself and carried it over her head while squeezing through protesters on her way to the gate so she could fly home to Singapore. 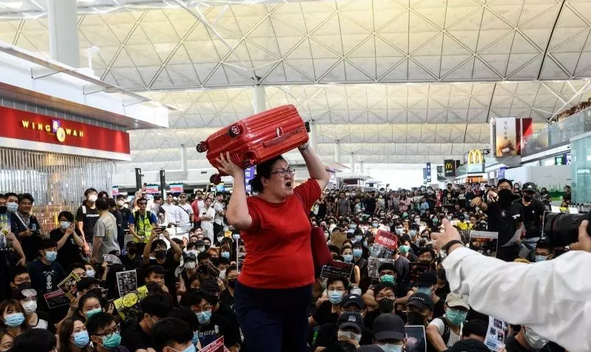 On social media, she expressed her anger over the demonstrators and shared how she escaped.

According to Teo’s friend Jiang Liu, she was supposed to go to the Customs office after checking in but was surrounded by protestors and could barely move.

While pushing her way through the crowd, she was afraid to speak Mandarin, so she used English instead. After she made it to the boarding gate, she cried. 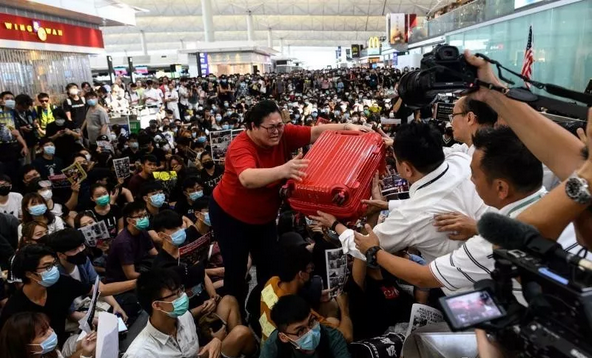 “How did Hong Kong become like this?” she asked.

Teo remained firm in her purpose to return home, in contrast with the Hong Kong protesters whom she suggested that they too return home.

She arrived home in Singapore’s Batu Pahat District, and the next day, she asked, "What are these young people learning in school?”