Singapore is urging the United States to accept the rise of China by giving the country more say in making global rules, in order that a protracted conflict can be averted and smaller countries can avoid having to choose sides between the world's two largest economies.

The remarks were made by Singapore's Minister for Foreign Affairs Vivian Balakrishnan during an event at the Center for Strategic and International Studies in Washington. 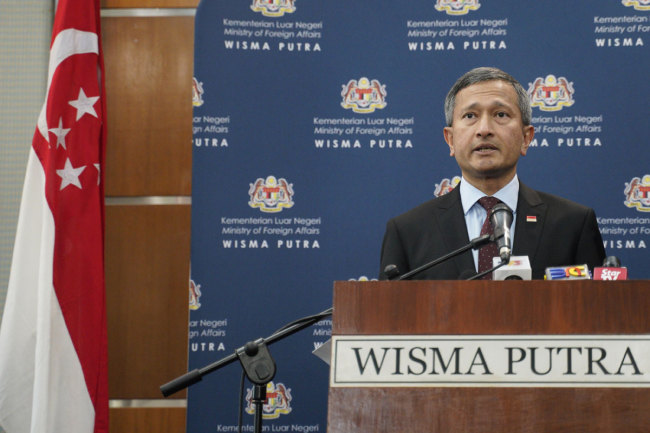 The minister told the attendees at the gathering on Wednesday that it was unhelpful for the United States to frame China as an adversary, and urged the two superpowers to compete in a constructive way.

"Without active cooperation between the two superpowers, all the global challenges of the next century cannot be solved. So competition with China is inevitable, but it does not have to be a zero-sum game. Constructive competition should take place within the bounds of established international norms and an adherence to international law," he said.

He noted that China has been the largest beneficiary of the world order envisioned and underwritten by the United States, and that it is highly unlikely China would seek to directly undermine it. He went on to say that it is entirely legitimate for China to have a significant say in shaping the world's evolving norms, processes, and institutions.

The protracted US-China trade dispute was offered up as an example by the minister of how the competitive dynamics between the two countries was impacting on countries in Southeast Asia, including Singapore. Small countries "do not wish to be forced into making invidious choices," said the minister.

Southeast Asia welcomed both a sustained American presence and China's peaceful rise, said Balakrishnan. He said that he hoped the two sides could take into account China's increasing influence and weight in the international arena, and that both sides will find a way to accommodate each other's legitimate interests.