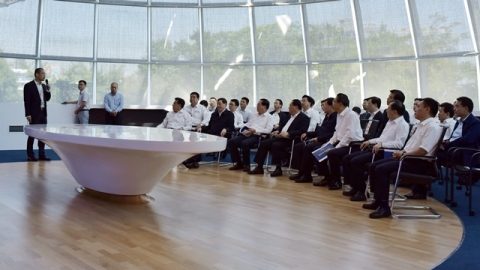 E&P International, established in 2001 and specializing in data-based port services, plays an active role in Shanghai’s construction of a global shipping center. The firm also contributes to the integration of port declaration services in the Yangtze River Delta region.

Lu Feng, executive vice general manager at E&P International, introduced the latest progress of the single-window services for traders in Shanghai as well as some innovative applications including big data system at the Shanghai port, GPS for ships around the world, and a dynamic monitoring system for the upcoming China International Import Expo.