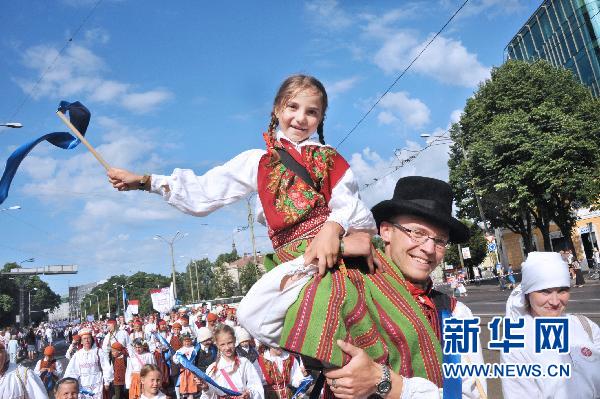 Li, who arrived in Tallinn for his term over a week ago, made the remarks at a reception to celebrate the Chinese Lunar New Year or Spring Festival, hailing the positive developing trend of the bilateral ties.

He reviewed the development of the exchanges and cooperations in the fields of politics, trade and business, culture and education, while speaking highly of the contribution of the small but active Chinese community in Estonia to the development of local society and the friendship of the two countries.

The year of 2018 is very important for both China and Estonia, as it's the first year following the 19th National Congress of the Communist Party of China in 2017 and marks the 40th anniversary of China's reform and opening-up, while Estonia welcomes in 2018 the centenary of its independence, Li pointed out.

The ambassador expects to achieve more tangible results for bilateral cooperations in the future, wishing a prosperous and happy Chinese New Year to all at present.

Estonian former president Arnold Ruutel and his wife, Tallinn Deputy Mayor Vadim Belobrovtsev, and Kalev Kallo, former Chairman of the City Council of Tallinn, were among the several hundred attendees at the reception.