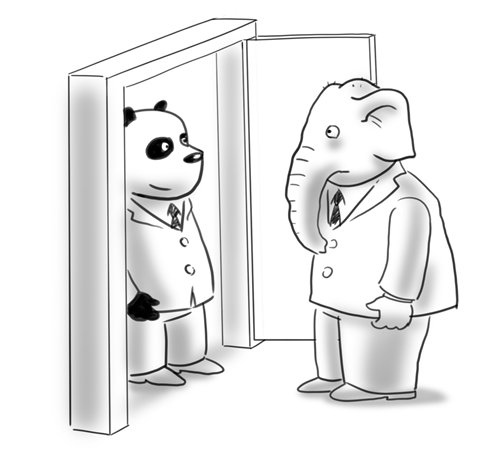 Visitors to India are often amazed by the colorful cultures of diverse ethnic social groups and geographical regions. Sometimes they even ask: "Are we in the same country?"The South Asian subcontinent is a multi-ethnic and multi-religious complex. During its long history, the region was mostly split and fragments run by tribes and native states. Seldom was it a unified country. In the past 500 years or so, there have been only two unifications of the subcontinent - first achieved by the Muslim Mughal dynasty, and later by British colonialists. The unifications were brought about by external powers who most Indians consider aggressors. Therefore, India's current national view and how Indians imagine their borders have been basically defined by external forces. The boundary issue that China and India are facing today is actually a contradiction between the Chinese empire, which has long been unified in history, and today's India, which was formed and demarcated by British colonialists. A typical example is, in India, each state has its own tax system and "inter-state road charge" or octroi is one of them. Besides the highway toll payments, the taxi driver still had to pay the charges at the borders of the four states, Rs240 ($3.68) in Uttar Pradesh, Rs100 in Haryana, Rs500 in Rajasthan and Rs100 in New Delhi. The total is Rs940 or about 100 yuan. Ok, not too much, but very inconvenient. If you are in the business of transportation across several states, you might have to shell out a big amount.A tax structure - so numerous and divided - is enough to show the characteristics of the country. Of course, such diversity also offers the possibility of maintaining the richness and variety of ethnic groups and religions.According to Wikipedia, there are hundreds of languages spoken in India. Statistics from India's census of 2001 indicate that there were 29 "big" languages, each spoken by more than 1 million people and 122 "small" languages, each used by more than 10,000 people. In the Indian subcontinent, there are numerous princely states. When India became independent in 1947, data shows there were 555 princely states, occupying nearly 50 percent of the land of the subcontinent. The monarchs of these states enjoyed financial subsidies until the government revised the policy in the 1970s.The rulers of the princely states were willing to serve the colonialists and, as required by the occupiers, continued to exercise administrative power and maintain stability in the form of "subsidiary alliances." The British only controlled the top administration, mastered taxation rights, and governed the empire's industrial chain.In more than 100 years from the 17th century to the 18th century, one British company, the East India Company, started as a trading company and eventually became the ruler of the most prosperous region of the subcontinent that was later inherited by the British King. This is one of the most important chapters of Western civilization's imperial expansion. According to India's official data, in 1947, there were 980 civil servants in the British Raj. Of these, 468 were European, 352 Hindu, 101 Muslim, and the rest Sikh, Parsi, Christian, etc. It is this system of fewer than 1,000 people that governed the main parts of the subcontinent with a population of more than 300 million.Indian people's concept of "a nation" is closely related to the rule of the British Raj. Today, border disputes and conflicts between India and its neighbors stem from this colonial heritage. For China, a long-term and unified empire that was divided for a short period, the formation of the concept of a nation cannot be separated from the jurisdiction of the Chinese empire in history. For India, a country that was built up by colonialists, the frontiers were decided on the basis of a map drawn by the colonialists. It is based on the rules established by a Western imperialist power which was the aggressor and plunderer. India, China and the vast majority of Third World countries suffered a lot due to Western hegemony in the past 500 years.From this point of view, border talks between China and India are an attempt to find a way for a new rule in the multipolar world after the decline of Western imperial power.