The shipwreck found by Chinese archaeologists in the sea of Zhuanghe, Northeast China's Liaoning Province, was identified as the famous warship Jingyuan, sunk by the Japanese navy 124 years ago in the Sino-Japanese War of 1894-95, announced the State Administration of Cultural Heritage (SACH) on Friday. 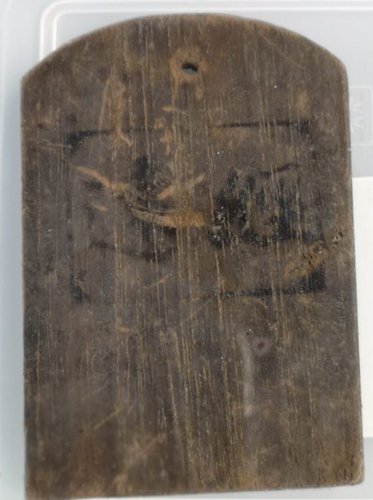 One of the most advanced German-manufactured warships in the Beiyang Fleet, Jingyuan, an associated fleet to another famous warship Zhiyuan that was found and salvaged in 2014 in the northern part of the Yellow Sea, was defeated by the Japanese navy in 1894. Over 200 officials and soldiers on the ship were killed. The ship has been resting at the bottom of the sea since then. 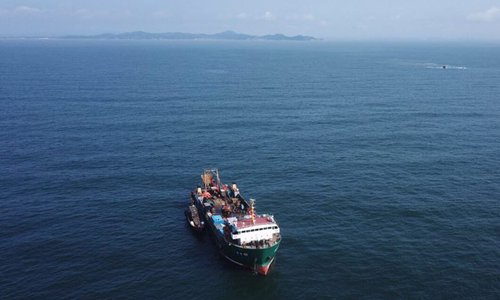 The location where the Jingyuan ship project's archaeologists work

On September 15, experts found a name plate with the Chinese characters of Jingyuan on the shipboard of the shipwreck in the sea of Zhuanghe, and as such have ascertained its identity. The remains of the ship's anchor chain and stem were also identifiable. 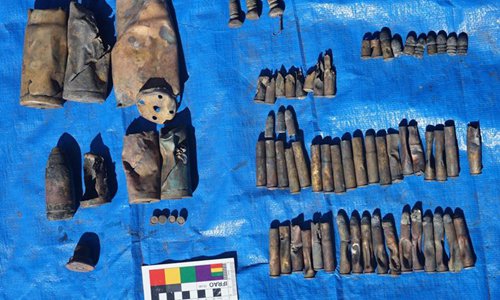 The remains of weapons found on Jingyuan

Moreover, some 500 pieces of relics were salvaged from the ship, including a number of weapons such as rifles, bullets and cannonballs.Launched by institutions including SACH's National Center of Underwater Cultural Heritage and Liaoning Provincial Institute of Cultural Relics and Archaeology, the Jingyuan ship archaeological project kicked off in July. Before further exploration of the shipwreck, experts managed to locate the remains by conducting underwater detection and cross checking with related historical records.The discovery of the Jingyuan is a major archaeological find in China's modern underwater archaeological history and provides precious evidence for the studies of the world's navy history, wrote the SACH statement.