Sinograin pays tariffs as its US soybean order arrives late 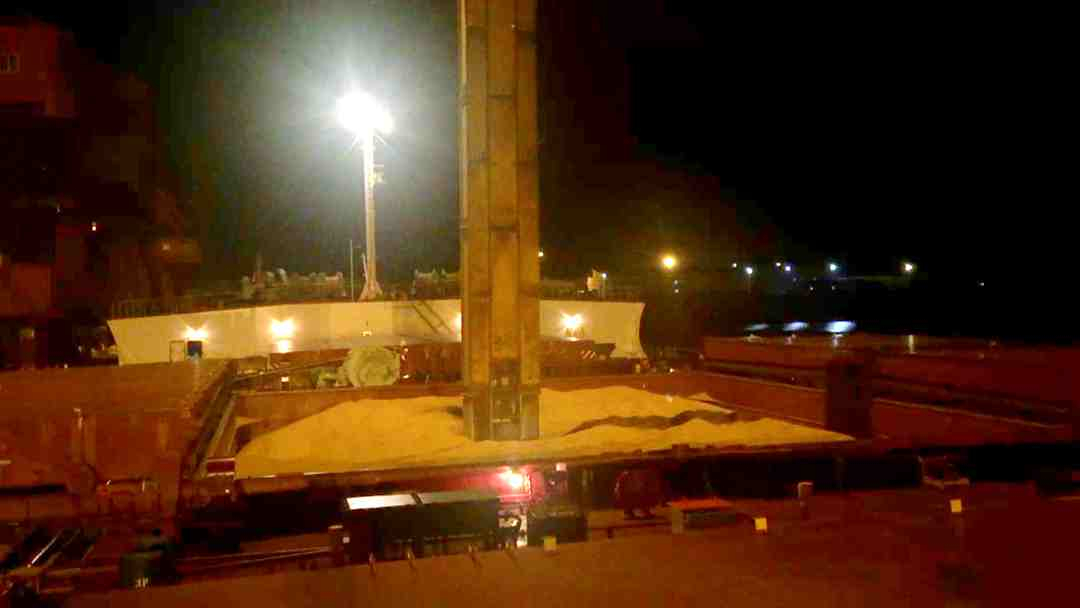 US soybeans on the Peak Pegasus are offloaded at a port in Dalian, Liaoning Province, August 12, 2018. (Photo: CGTN)

The Chinese importer, Sinograin, said it paid the tariffs in full Monday afternoon for the US soybeans delivered by Peak Pegasus, a vessel that failed to check its consignment of soy beans before China imposed its sanctions last month.

As of Monday morning, a third of the cargo has been unloaded.

Media reports said that the ship didn’t dock immediately after missing the deadline, but circled around the port for about one month.

But the importer explained that the port saw an uptick in shipments in recent days causing congestion which delayed the Peak Pegasus’ docking, and the circling movement was caused by wind and ocean waves, which is common for docked ships.