CHINA Sinopec bests own record in Asia for deepest well drilling at 8,588 meters

Sinopec bests own record in Asia for deepest well drilling at 8,588 meters 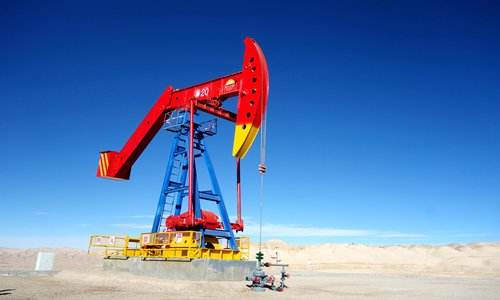 Workers at an oilfield of China's state-owned petroleum giant Sinopec drilled to 8,588 meters in Northwest China's XinjiangUyghur Autonomous Region, a depth equivalent to the altitude of Mount Everest, setting a record in Asia. The Ying-1 well at the Shunbei oil and gas field belonging to Sinopec Northwest Oil Field Co. in Tarim Basin of Xinjiang successfully drilled to 8,588 meters on February 19, said Sinopec on Monday. It broke the previous record of a depth of 8,520 meters at the 5-5H well at the same oilfield made on February 14, according to the company.It was the sixth time that Sinopec Northwest Oil Field Co has set the deepest deep-well record in Asia. The first time was the Peng-1 well of the Shunbei oil and gas field which reached a depth of 8,450 meters.The oilfield has been using a well-controlling system, similar to a GPS navigation system, which can accurately drill and target at a depth greater than 8,000 meters, according to information from Sinopec.Developed by Institute of Petroleum Engineering of Northwest Oilfield, the technology solves the difficulties that deep-well exploration presents. Since its discovery in 2016, the Shunbei oil and gas field has drilled nearly 30 deep wells, which could reach an annual production of 700,000 tons and it made 520,000 tons  of oil in 2018, news site thepaper.cn reported.The depth of Shunbei oil and gas field is generally more than 8,000 meters, which has been identified as the deepest onshore oil and gas field in Asia.