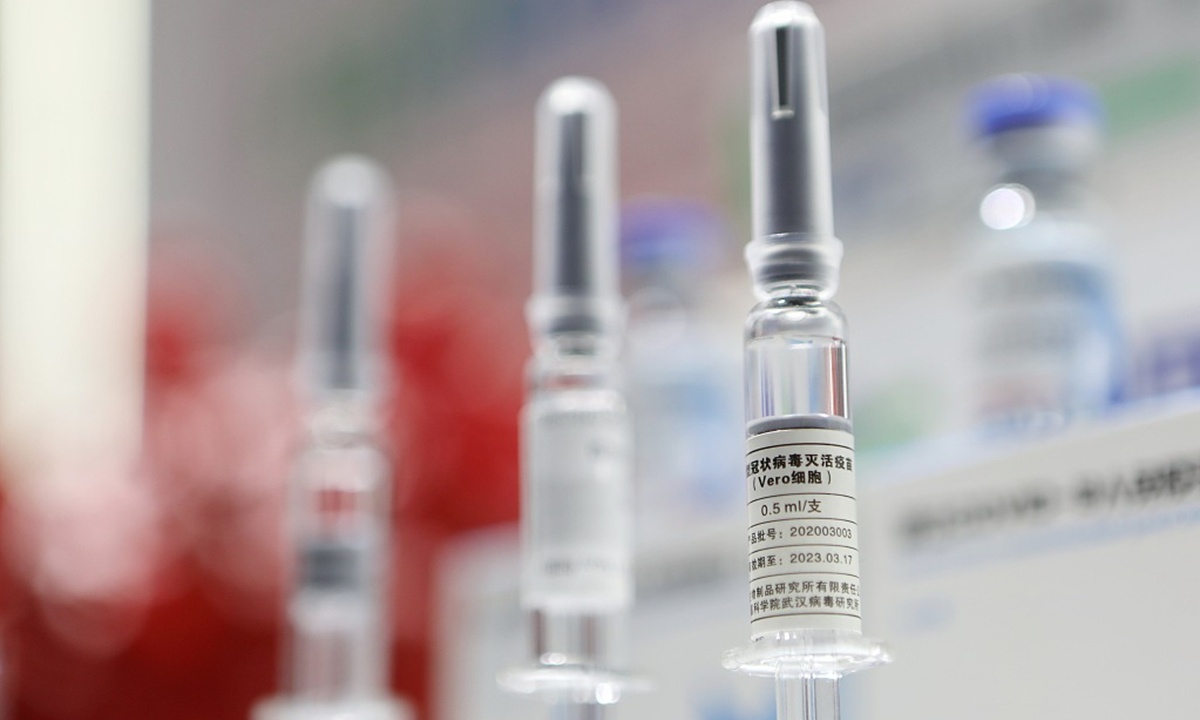 The institute said on its website that they applied to Chinese drug management authorities for emergency use approval on February 21, which has been officially accepted.

Phase III clinical trials on the vaccine kicked off on July 16, 2020 in several countries, such as the United Arab Emirates.

So far, data from the trials shows that the vaccine can trigger high-titer antibodies in recipients. The neutralizing antibody positive conversion rate reached 99.06 percent after two shots, according to the institute.

Two inactivated COVID-19 vaccines, one was developed by Sinopharm's institute in Beijing and the other by Sinovac, have obtained emergency use approval, reports said.

China's drug management authorities have also officially accepted the application of another producer - CanSino - for conditional marketing of its COVID-19 recombinant adenovirus vector vaccine, the company said on Wednesday. It is China's third vaccine candidate to apply for mass use.