CHINA Sinopharm to raise vaccine production to 3 billion per year

Sinopharm to raise vaccine production to 3 billion per year 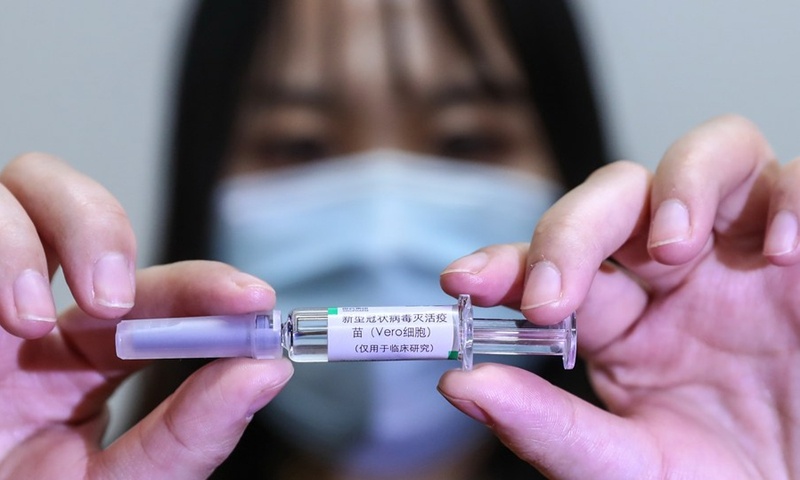 Besides vaccine production plants in Beijing and Wuhan, the group is expanding production and packaging capacity by also making use of its institutes in Changchun, Shanghai, Lanzhou and Chengdu, Yu said during interviews with the People's Daily.

All of China's more than 5,000 national-level lawmakers and political advisors who have congregated in Beijing for the ongoing legislative two sessions have received Sinopharm's COVID-19 vaccines, he said.

After realizing yearly production capacity of 3 billion, Sinopharm will be the largest vaccine producer in the world, according to Yu.

Yu, also a deputy to the National People's Congress, proposed during this year's two sessions to improve domestic medicine logistics system and promote domestic medical device development and manufacturing considering the shortages in these areas exposed during the COVID-19 epidemic, according to Yu's proposals the Global Times obtained from Sinopharm.

Another 80 countries and international organizations have also expressed interest in Sinopharm vaccines, Yu said, noting that the group has sent more than 100 million doses to domestic and overseas markets and 60 million shots of them have been administered without serious side effects reported.

As to concerns over the efficacy and safety of the COVID-19 vaccines on senior citizens, Yu said the Wuhan institute's vaccine was approved for people aged 18 and above on February 25, including the elderly group.

The oldest recipient of Sinopharm vaccines is nearly 100 years old, he noted.

Data from Phase III clinical trials show that the Sinopharm vaccines are also safe and effective on the 3-17 age group, according to Yu.

Recent experiments also showed that Sinopharm vaccines are effective to prevent infections of 10 coronavirus variants, including those discovered in South Africa and the UK, he said.